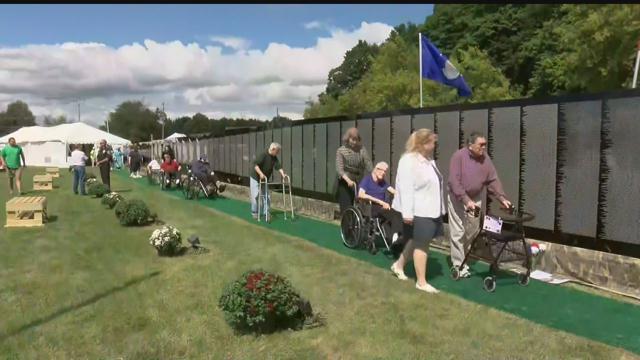 A symbol of healing for the men and women who fought the war in Vietnam is now on display in Germantown.

It is called the "Moving Wall".

It's a half-scale replica of the Vietnam Veterans Memorial in Washington, with the names of the Americans who were killed inscribed on it.

The wall is on display at the Kennedy Middle School Athletic Field, and one of the Vietnam Vets responsible for bringing it there was clearly moved by this traveling memorial.

"As far as the community, to bring them together.  To show what we went through and war is not what they say in the movies, it's misery, it's hell,” said the veteran.

The moving wall will be on display in Germantown through Labor Day.