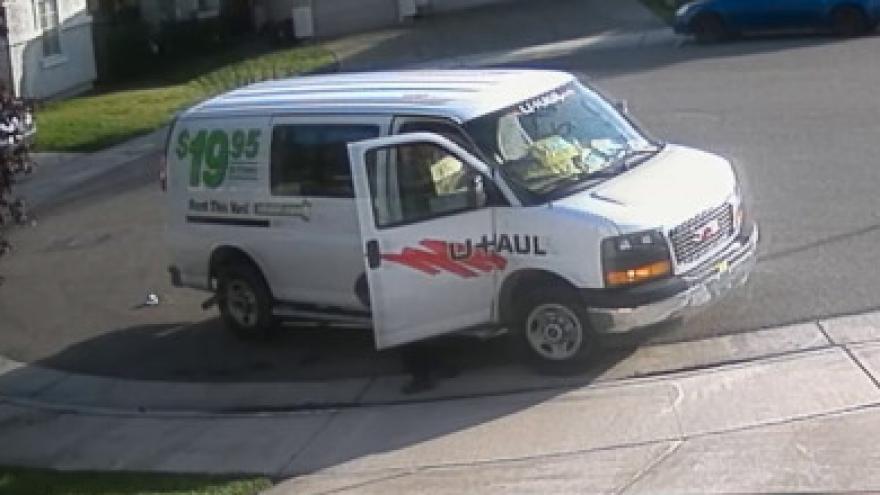 SACRAMENTO (CBS13) – A Sacramento resident is crying foul after a woman delivering packages for Amazon allegedly did her business in the street in front of the woman’s home. And the act was caught on video.

Around 3 p.m. Thursday, the woman, who works for a third-party delivery company, drove up to Nemy Bautista’s home in a U-Haul van, got out, delivered the Amazon package and went back to her van. But before she drove away, the woman opened the passenger side door, squatted down, and defecated.

When Bautista arrived home, she noticed the feces and initially thought it was a dog. She checked her surveillance video footage and found it was actually from a human.

“Amazon.com Why is your driver squatting in-front of my house? Let me give you a hint … he/she is not tying their shoes. I have it on video!”

Bautista writes the woman’s supervisor came out in his personal car “and was not prepared for cleanup.”

“He was in shock when he saw the size of ‘it’. He ended up scooping it up with a plastic bag, but didn’t want to take it with him (it smelled really bad). Guess the garbage can will smell like s__t for the next few days. I also had to hose down the gutter/sidewalk area after he left,” she said in a statement.

Bautista says a representative from the Amazon Executive CustomerRelations called her shortly after.

“I expressed my dissatisfaction on how this was handled, even after they saw the videos and pics I sent them,” she wrote.

Amazon told Bautista the driver would be “taken care of,” although the spokesperson didn’t elaborate on what that meant.

We reached out to Amazon for a comment, but have not heard back.