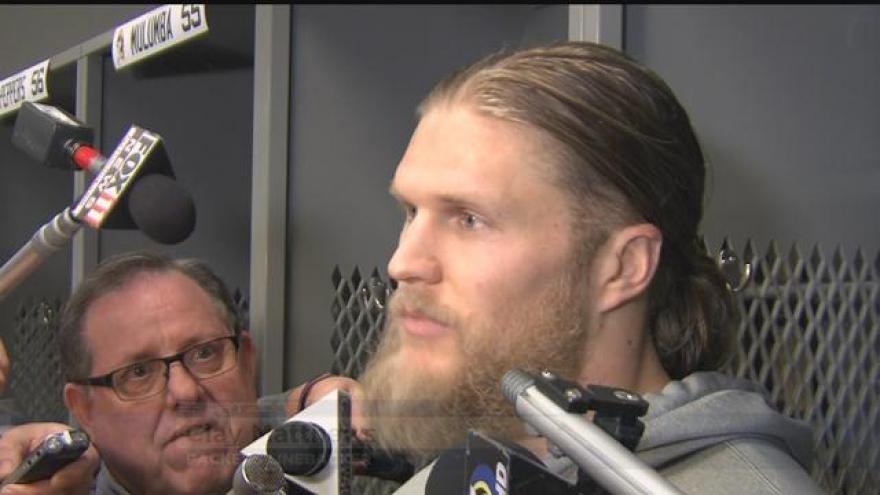 (CBSSports) Peyton Manning has strongly denied allegations that he obtained and used human growth hormone (HGH) while recovering from neck surgery in 2011, and he could sue the news organization Al Jazeera, according to TheMMQB.com's Peter King.

"I talked to Manning and he said to me, 'Look, I did not take or receive human growth hormone,'" King said during his weekly appearance on NBC's Football Night in America. "He also refused to discuss anything about his wife's medical condition, procedure or whether she received anything from this clinic. And I asked Manning if he intended to sue Al Jazeera over this report and he said to me, 'Yeah, I probably will. I'm that angry.'"

King added: "Both Manning and the operator of the anti-aging clinic maintain today that the informant worked at the clinic only in 2013. I talked to the Al Jazeera reporter late this afternoon who did this story and she told me that they have confirmation from the clinic that the informant's employment records say that he worked there in 2011."

According to an ESPN report, the informant, Charlie Sly, said he recanted his story to Al Jazeera when he realized that it had used information he had "made up."

ProFootballTalk's Mike Florio, who is also an attorney, explained that Manning's case would be for defamation of character.

"For public figures it's a very high standard," Florio said on Football Night in America. "Also, the pretrial discovery process allows that plaintiff's life to be an open book. Just ask [former MLB pitcher] Roger Clemens; it turned his life upside down when he filed a defamation case several years ago.

"Now, the actions that are attributed to Manning technically are violations of the law, but from the NFL's perspective it gets a little murky. NFL's had no comment on this -- don't be surprised if they investigate. But two important facts to keep in mind here: First, back in 2011, there was no testing for HGH. And (second) during the lockout, from March through July, there was arguably no rule against HGH use because players weren't employed by the NFL."

The Colts, who drafted Manning first overall in 1998, and the Broncos, Manning's current team, both issued statements calling the allegations "false" and "absurd" and fully supporting the quarterback.

Meanwhile, Manning was visibly angry when disputing the allegations to ESPN on Sunday.

"It's completely fabricated. Complete trash, complete garbage," Manning said. "There's some more adjectives I'd like to be able to use. It makes me sick. Makes me sick that it brings Ashley [his wife] into it, her medical history, her medical privacy being violated. I don't understand that."

Manning has reportedly retained the services of former White House Press Secretary Ari Fleischer, whose company, Ari Fleischer Sports Communications, has previously advised the NFL, Major League Baseball, the Pac-12 and Joe Torre, per the "press" section of its website.