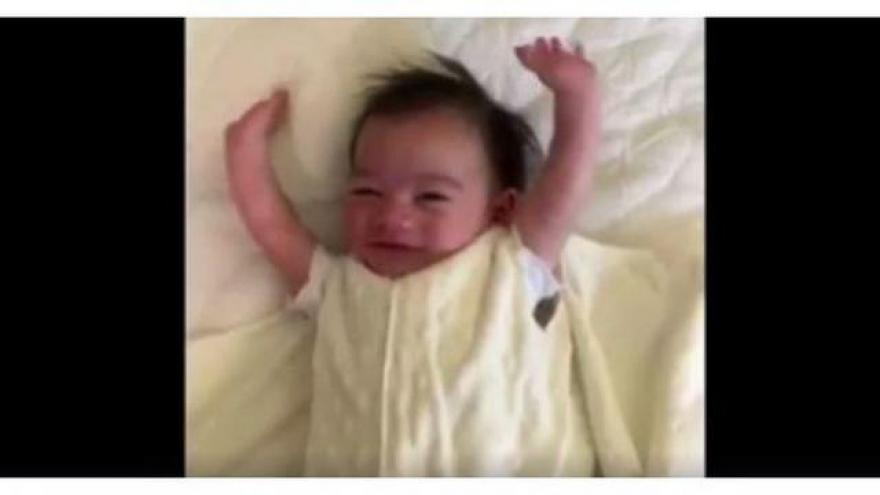 (WFRV) It's a video that will be sure to bring a smile to your face.

One dad recorded his baby's reaction every time he unwrapped his five-month-old Kaden from his swaddle.

Kent Siri told CBS Boston that his son has a strong reflex and that is why he would raise his arms every time.

The compilation video has more than 13 million views on Facebook.