Video captures a dog shot during standoff in Racine 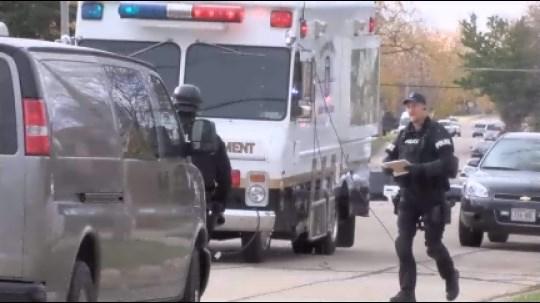 An argument between neighbors in Racine lead to a standoff situation off of 17th and Russet.

Kim Polk said her neighbor came over and his dog defecated in her yard. She asked him to pick it up and he kicked it to the street. She said her neighbor later told her he would shot her dog with a bow and arrow. According to Polk, the neighbor also threatened her husband with a machete.

Police arrived on the scene and the man barricaded himself to the home. Neighbors say police shot the man's dog.

The standoff lasted nearly four hours. The man was taken into police custody.

**Warning: The video is graphic**