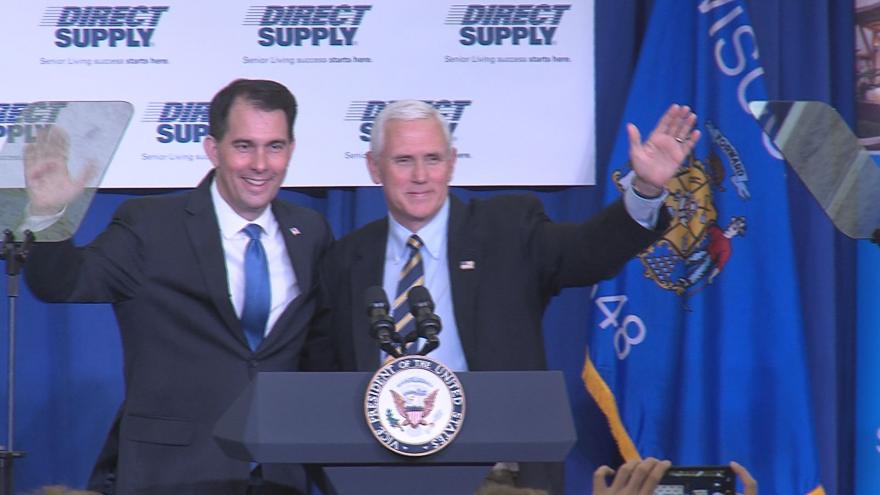 In a prepared speech, Pence worked to push the conversation back toward economic and healthcare policy.

Pence said, “"No matter what the media may be focused on at any given moment, I promise you, President Donald Trump will never stop fighting, he will never stop working."

Congressman Glenn Grothman (WI-4) spoke to the media before the event, and said he expects the U.S. House to vote on a healthcare bill again, because he anticipates changes or a full new bill from the U.S. Senate.

Grothman said, "If they can get it done with 50 votes, you know, it's going to be held together with, you know, scotch tape and band aids."

Neither Pence nor Walker took questions from the media following Saturday’s event.