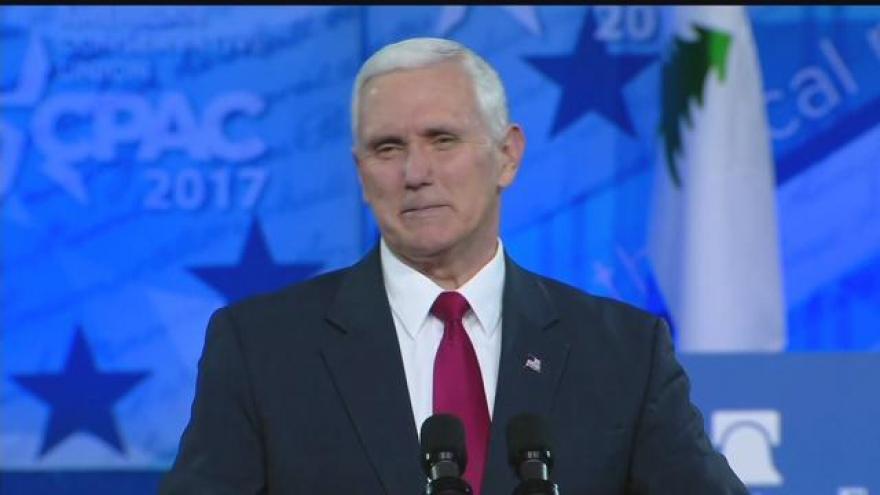 (AP) Vice President Mike Pence says the United States has what could be a once-in-a-lifetime opportunity to install conservative solutions to the nation's problems.

Pence says at the Conservative Political Action Conference that President Donald Trump's election is the "chance we've worked so hard, so long, to see." He says Trump's new administration gives conservatives the time to "prove again that our answers are the right answers for America."

Pence says the administration will repeal and replace the health care law, saying the nation's "Obamacare nightmare is about to end." But he says conservatives must mobilize to push back against Democrats.