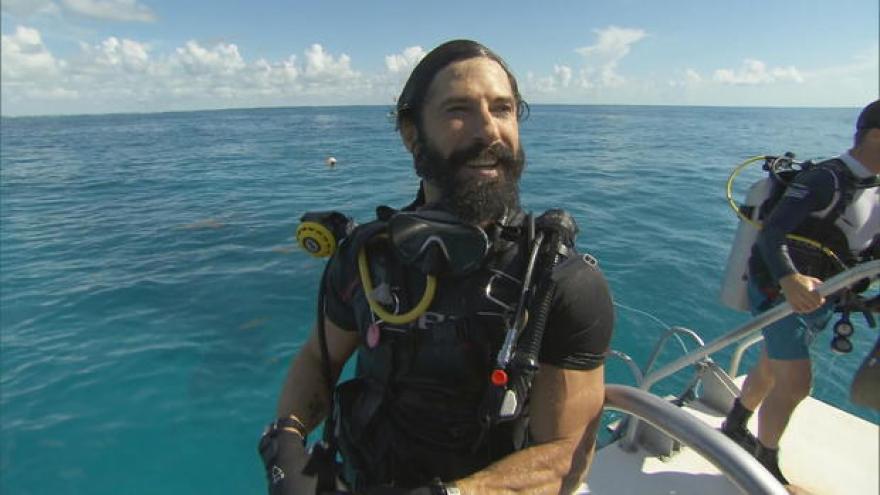 KEY LARGO, Fla. (CBSNews) — A group of military veterans have become eco-warriors on a new mission to save coral reef off the coast of Florida that's been damaged by hurricanes.

The "Force Blue" dive team is a group of a dozen of some of America's very best. They're all former Marines, Navy SEALs and special ops on a mission to save the nation's largest reef track.

Hurricane Irma wrecked the reef, causing some parts to look like a coral boneyard. Among the fixes is the delicate work of transplanting coral seedlings, creating an underwater "forest" of baby coral. But there's also plenty of heavy lifting, like a centuries-old, 800-pound pillar coral ripped off its base by Irma.

"You're talking about individuals who have lifted predator drones off the bottom of the ocean, right? So in about two minutes, they figured out, we get six airbags on this we can get it, cement it back on and almost instantaneously, the color of this reef came back," said co-founder Jim Ritterhoff, who watched the team spring into action.

There is perhaps a more important restoration going on beyond the coral.

"I was struggling with alcohol and substance abuse and in general massive amounts of depression," said Reyes.

Like for so many veterans, adjusting to post-war life is a challenge.

"For a lot of these guys, they look great, can function at high capacity... but deep down inside they're hurting," Ritterhoff said. "You put these guys in the right situation, you give them a mission, and there's no stopping them."

"From where I started and where I'm at now, it's about 180-degrees, and only getting better," Reyes said.

Admittedly, 12 guys are not going to save the reefs on their own. But to them it's the mission that matters — a fight for something important, something bigger than themselves.