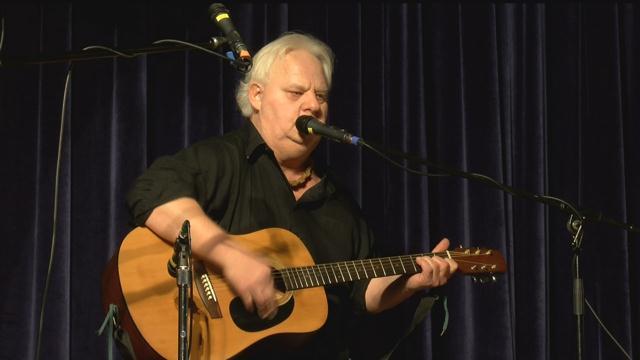 The arts can offer a therapy never imagined and explored at length at the Zablocki VA Medical Center.

Marine Corps Veteran Robin Adkins who's also a musician taking part in festival celebrating the creative side of our military.

"I come here for my check ups and everything and I also like to participate in  any musical thing," Adkins told CBS 58 News.
"Because I love music. It's always nice to have a fun fair and talk about the military. Just support each other."

The Veterans Creative Arts Festival is going on at V.A. facilities across the country.

The top 100 performers will be recognized in a national competition.

Music Therapist Shep Crumrine says this is a public display of the clinical work that goes on every day with the military either in residential housing or during outpatient treatment.

For some the words of Shakespeare soothe and the Feast of Crispian non profit brings professional actors together with those who have worn the uniform.

"I've done theater. I've  done a number of plays," explained actor Michael Pikuleff. "What made it special was doing it with the veterans. It added another layer and I was very happy to do it."

Others rely on their own words.

Such as the poem from Army Veteran Carissa Di Pietro about her murdered daughter.

"It's given me a voice I've never had before," Di Pietro insists. "I've gotten so close to the military veterans for doing these weekend workshops. I feel I have this camaraderie.  It's safe for me to talk about stuff like this."