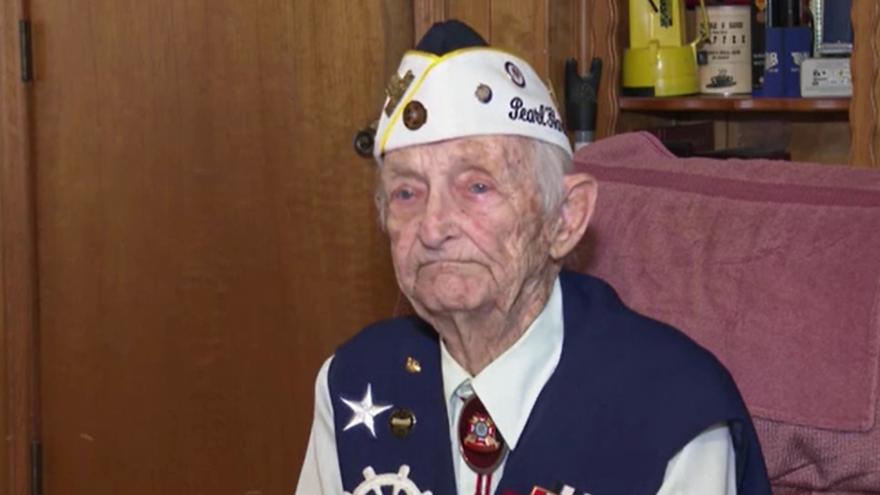 Inside his home are reminders of his time in the Navy.

"Four years and three months and 27 days," Horace said. "This is me and my ship right there. I was 17, June the 2nd. Eleven days later on June the 13th -- Friday June the 13th -- I joined the Navy and after boot camp they sent me to Pearl Harbor."

Horace was there when bombs fell on Pearl Harbor.

He'll tell you he's lucky because he survived. Today, Horace is the only Pearl Harbor veteran left in Burleson County.

"It doesn't really mean anything to me. I'm just fortunate that I've lived this long but no i'm not anybody special, I'm, I regret that all the others have passed on," said Horace.

Now, he turns another year older, 96, but celebrates another birthday without his greatest love.

"I was married 69 years and that's a lifetime. I haven't gotten over it yet. I still cry," Horace said.

Instead, people from all over have stepped in, sending him cards.

"I appreciate what they're doing, yes, I really do. It's a just like any birthday, I appreciate it. Birthday is just a date that tells you that you're getting older," Horace said.

"There is no secret it's just that the good lord is not ready for me yet I guess or the other guy don't want me -- I don't know," said Horace.

Horace Hamilton's 96th birthday is on June 2. If you would like to send him a card, below is the address: