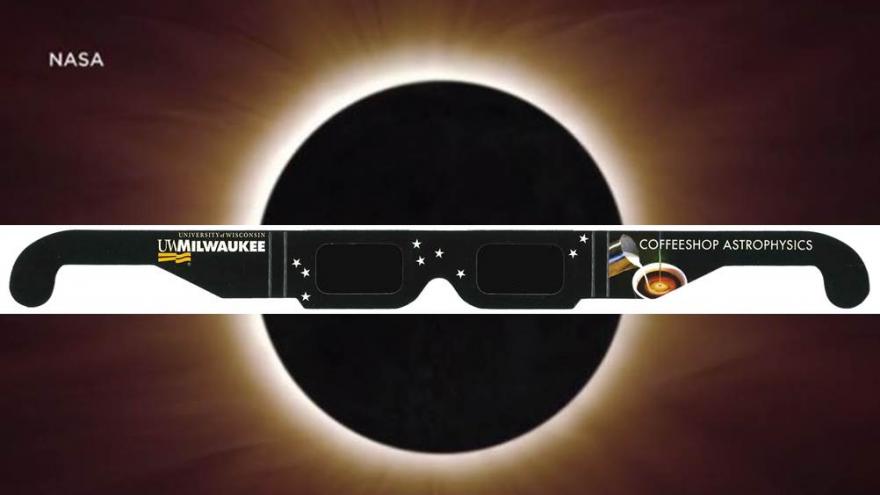 MILWAUKEE, Wis. (CBS 58) -- The University of Wisconsin-Milwaukee is warning the public that glasses that were handed out at some of their events may be unsafe.

The university says their vendor, Everything Branded, contacted them saying they believed the safety certificate provided by its supplier was fake and the glasses should not be used.

UWM says about 500 pairs of the glasses were distributed by students during two community events in Milwaukee, one at Anodyne Coffee Roasting Co. on August 13 and the other at The Sugar Maple on August 14. A small number of glasses were also handed out on campus. The glasses have the UWM logo on one side and say “CoffeeShop Astrophysics” on the other. As a safety precaution, they should be discarded.

The university also learned that at least two people bought pairs of the glasses online from vendors not associated with UWM or its students. It is not clear how those vendors acquired the glasses. Students involved in CoffeeShop Astrophysics received an outreach grant from the American Physical Society to support their educational efforts. They distributed the eclipse glasses free of charge, with a $1 suggested donation for people who wanted multiple pairs. People who made such a donation can contact coffeeshopastrophysics@gmail.com about exchanging their glasses for a refund.

The glasses in question should not be confused with those sold at the UWM Planetarium. Eclipse glasses sold at the planetarium were made by American Paper Optics, bear the NASA logo and have appropriate safety certifications.

Below are photos of the safe and unsafe glasses: