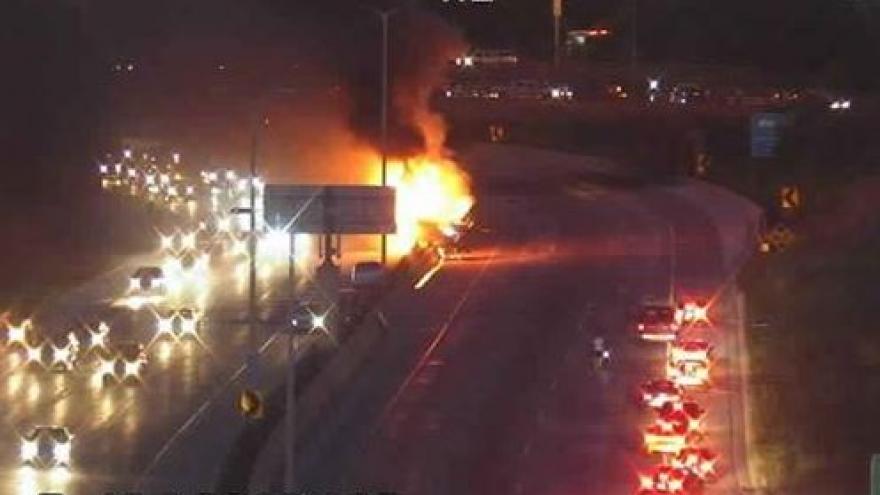 MILWAUKEE COUNTY (CBS 58) -- The Milwaukee County Sheriff's Office says it was a blown tire that caused a fiery semi crash on I-43 Sunday night.

The blown tire caused the semi to hit the median wall and become engulfed in flames. As the semi slid against the wall, debris fell into the north and southbound lanes. The semi also hit a light pole, which fell into two lanes of I-43 northbound.

The semi also struck another vehicle that was passing it.

I-43 was closed for several hours, but reopened overnight.

The truck driver was taken to the hospital, and is expected to be okay. The driver of the other vehicle that was struck was treated at the scene and released.

Officials say the semi was not carrying any cargo at the time.

MILWAUKEE COUNTY (CBS 58) -- A large vehicle fire on I-43 is leading to a full freeway closure at the intersections of I-43 and North Avenue. Both directions are affected.

All vehicles are being diverted off I-43 at North Avenue.

HAZMAT crews are cleaning up the scene because fuel spilled from a semi-truck.