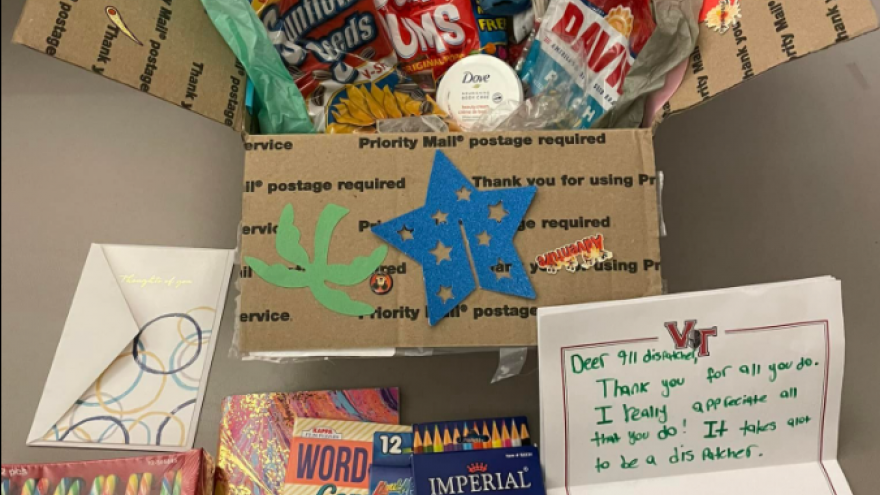 WAUKESHA, Wis. (CBS 58) -- The holiday spirit is spreading all across the country, and Waukesha County Dispatch is feeling it from a police department nearly 2,000 miles away.

It came in the form of a "Happy Bucket' care package from the Las Vegas Metro Police Headquarters (LVMP).

The package was filled snacks, thank you letters, crossword puzzles and even some self-care products. In it was a letter from the LVMP Headquarters with the reason for the package.

The letter called the package a pay-it-forward package that they received from Washington State Patrol Communications following the tragic mass shooting at the Route 91 Country Music Festival.

LVMP Headquarters was one of the agencies that responded to the tragedy in October 2017-- that turned out to be the largest mass shooting in US history. The letter went on to list the other cities that have sent a Happy Bucket as a pay-it-forward. It included Washington, Illinois, Midland, Texas and Aurora, Colorado among others.