Vacant building destroyed by fire on Milwaukee's north side 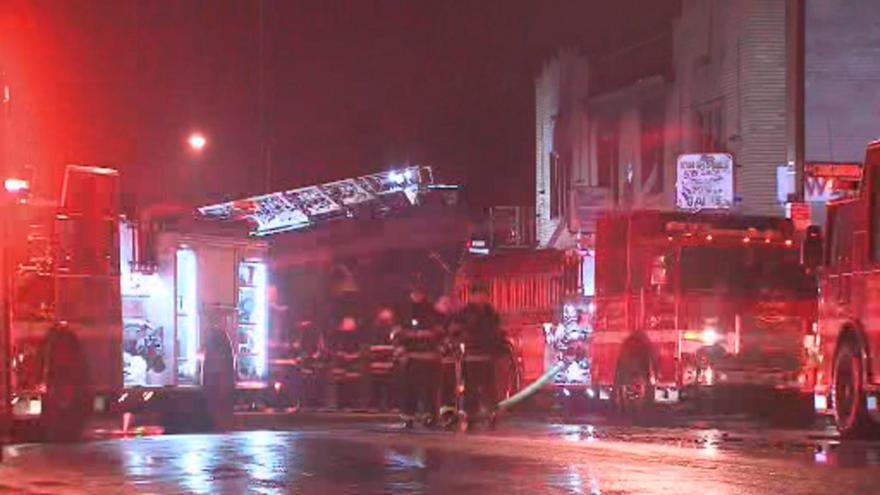 A vacant building on Milwaukee’s north side was destroyed by fire early this morning.   According to the Milwaukee Fire Department, flames were coming out of the second floor windows of older two story building at N 27th Street and W Concordia Avenue when fire fighters arrived around 3 AM.   Crews were on the scene of the two alarm fire until 5:30 AM.   No one was inside the building at the time of the fire and no injuries were reported.  This is the second fire in the same building in past two days.   On Monday, fire fighters were called to the boarded up building around 4:30 AM.  According to the MFD that fire had extinguished itself by the time fire fighters arrived.  The cause of today’s destructive fire is under investigation.