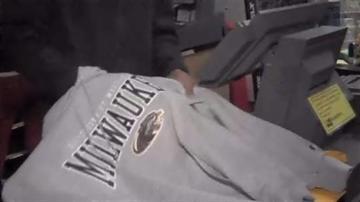 MILWAUKEE-After last night's victory in the Horizon League that secured a spot in the NCAA tournament, UWM Panthers fans riding their excitement into the campus book store to pick up more gear.

\"It's fantastic,\" student  Jesse Nechdom told CBS 58 News. \"You always cheer for an underdog story and it's much better when it's your own team.\"

Coach Rob Jeter says this is what March Madness is all about.

In an interview with CBS 58 Sports, Horizon League MVP Jordan Aaron admitted he slept with the basketball net that they cut down during Tuesday's celebration.

Watch our team coverage from the CBS 58 News at 5.