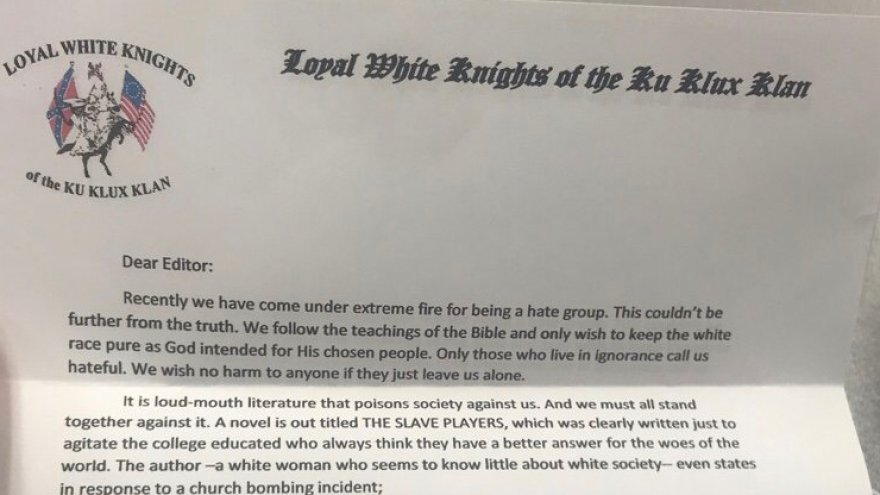 MILWAUKEE (CBS 58) – The University of Wisconsin – Milwaukee received a letter from the Loyal White Knights of the Ku Klux Klan last week.

The letter, addressed to the Journalism department at UWM, is mainly focused on denouncing a book that was released recently titled “The Slave Players.”

The letter says that the novel is “loud-mouth literature that poisons society against us.”

The letter goes on to say, “We follow the teachings of the bible and only wish to keep the white race pure as God intended for his chosen people.”

#UWM JAMS department was delivered a letter from the KKK addressed to the “Student Newspaper.” #thoughts#opinionspic.twitter.com/533gBqLjZ1

The fictional novel focuses on race relations in the Deep South. The narration depicts a modern day America where a new civil war erupts and white people are cast into bondage. 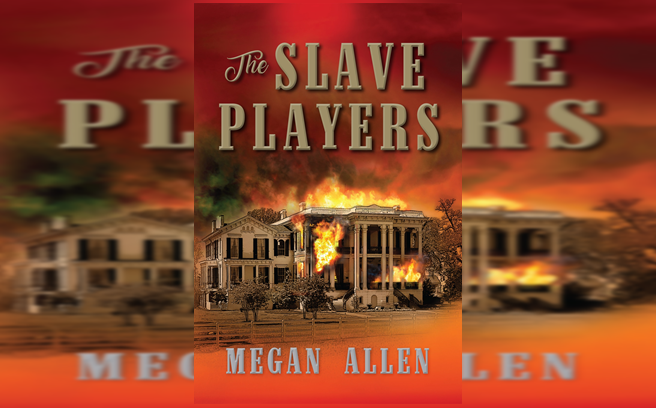 According to website for the novel, theslaveplayers.com, the publisher of the book has received “dozens of angry emails, some bordering on threatening.”

UWM addressed the letter in a statement, saying “we reject claims of racial superiority and stand firmly in support of a diverse campus that welcomes people of all races and religions.”

The Univeristy has issued a statement in regards to the #UWM#JAMS departments letter received from the KKK. pic.twitter.com/ZCtrAMZYJ7