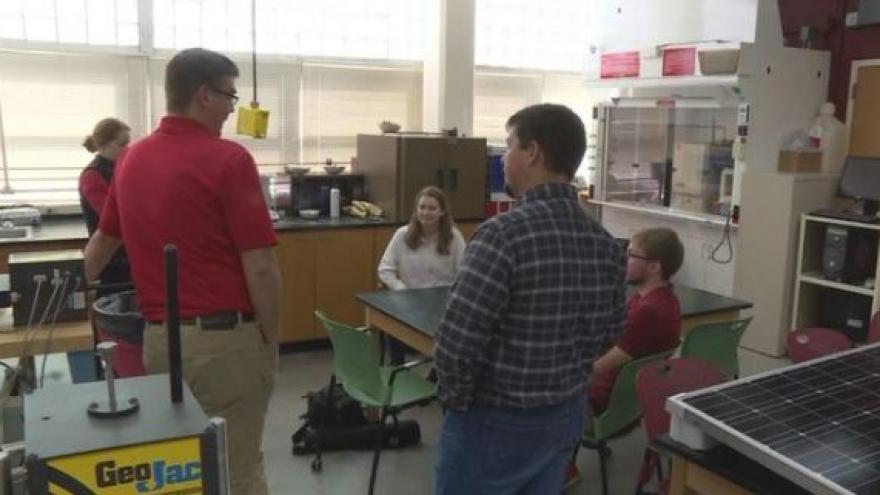 MADISON, Wis. (CBS 58) -- A group of at least 30 students from University of Wisconsin-Madison has started Solar Para Niños, a project to implement solar energy in Puerto Rico.

The students plan to design and install a distributed solar system at Hogar Albergue para Niños Jesus de Nazaret, a nonprofit shelter for physically abused children located outside the city of Mayaguez.

The shelter serves newborns to 11-year-olds, and currently hosts 14 children.

"These are kids who have been taken from their homes who have had horrible home lives," said Allie Stephens, a project manager from the university's Engineers Without Borders chapter. "Being able to give these kids more opportunities by freeing up the money they spend on electricity ... would be a really beneficial thing in their lives."

James Tinjum, a professor in the UW Department of Engineering Professional Development, helped bring the students together for the project. He said installing solar panels at the shelter could potentially cut the electricity bill in half.

"Puerto Rico has the most expensive electricity rates in the country," Tinjum said.

Currently, the shelter pays about $1,000 a month in energy costs.

He said with the island's sunny weather, it has great potential to utilize solar energy.

A doctoral student working on the project, Angel Perez grew up in Puerto Rico, so the project hits close to home for him.

"In January when I visited the island, my aunt still didn't have any power and was running on a generator, spending money everyday to fuel to run the generator for a couple of hours," he said.

Ian Berg got involved after he realized he wasn't getting what he wanted out of his sustainable systems engineering graduate program.

"(Tinjum) presented to me this project, and this is exactly what I've been looking for -- hands on, learning by doing," Berg said. "We're actually going to install a distributed energy system and do it for not just our benefit but also it's a humanitarian project."

The solar panels cost about $300 each, and the group's design uses almost 100 of the panels on the shelter. Their goal is to raise $60,000 by July 1 to complete the first phase of the project.

Tinjum even plans to complete a 1250 mile bike ride this summer to help raise money.