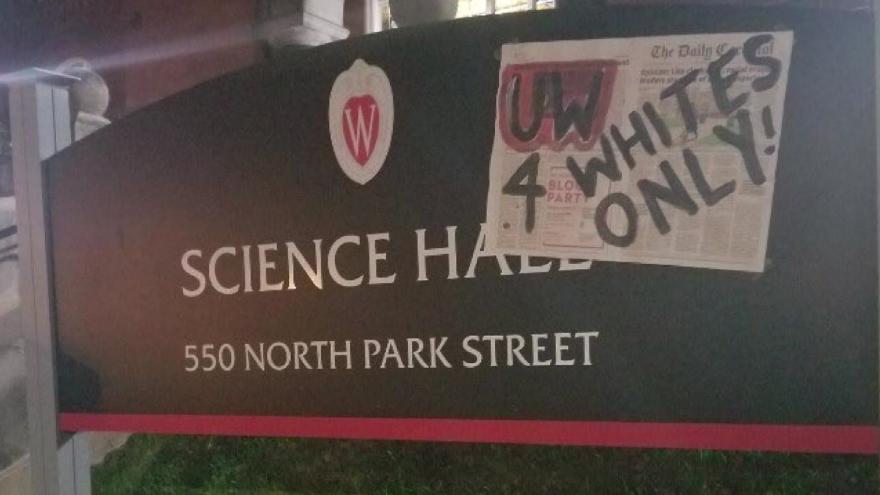 MADISON, Wis. (CBS 58) -- Officials at the University of Wisconsin-Madison say signs addressing discrimination issues on campus were part of a coordinated campaign.

One sign says, "UW for whites only," and another reads, "UW does not care about trans folks."

Initially, UW issued a tweet saying they removed the signs, and campus police were investigating.

UW stands against hate and racism.

We’re aware that, last night, a racist message was posted on a building sign outside Science Hall.

We are removing this message and any others and @UWMadisonPolice is investigating. We will provide more info later today.

The school later said in a statement that the posters were part of a campaign to draw attention to experiences of under-represented students.

Update: UW is aware of a series of posters placed around campus.

These appear to be part of a protest calling attention to experiences of underrepresented students.

Officials say while they support freedom of expression, the signs are considered unauthorized material. 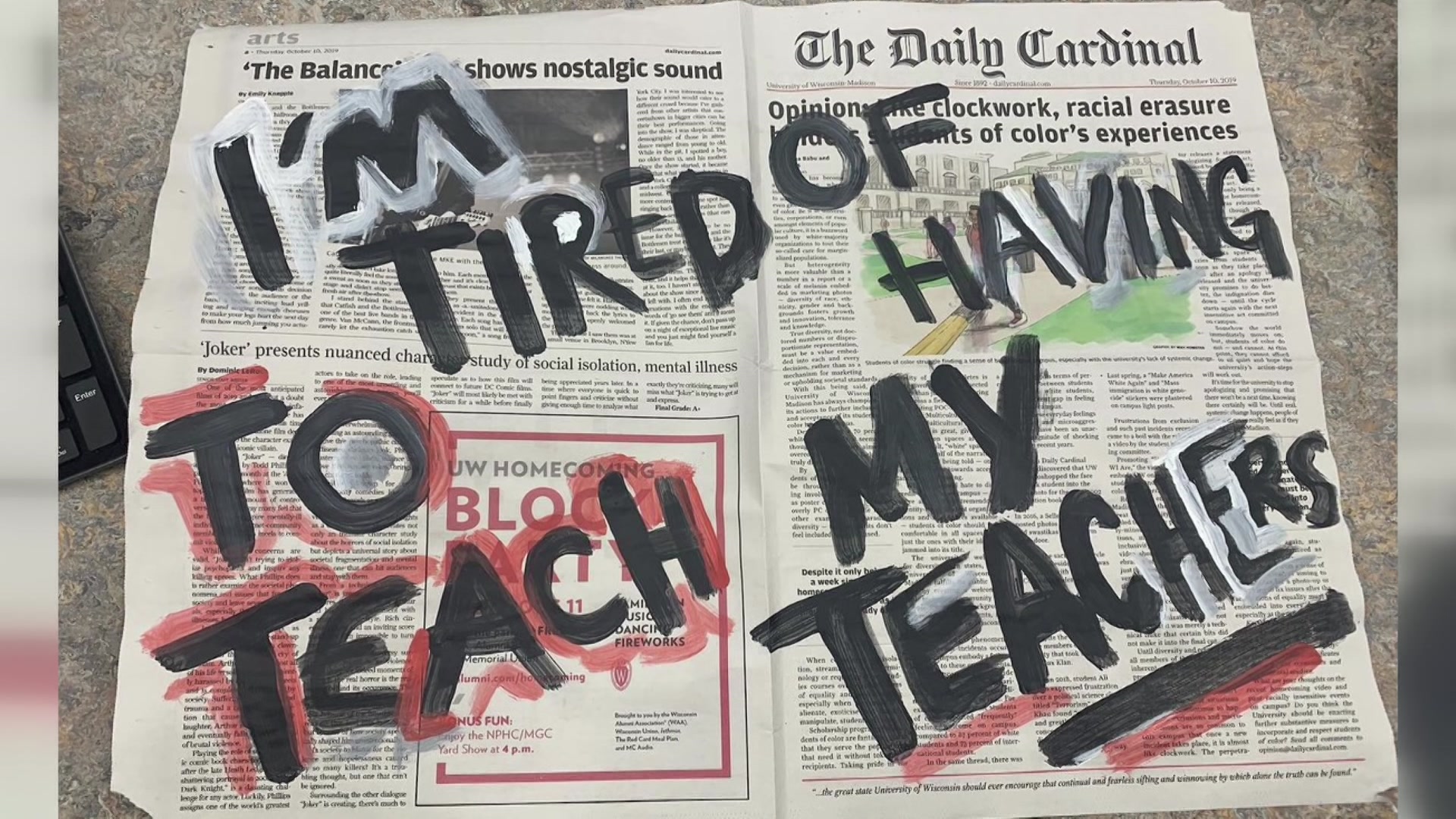 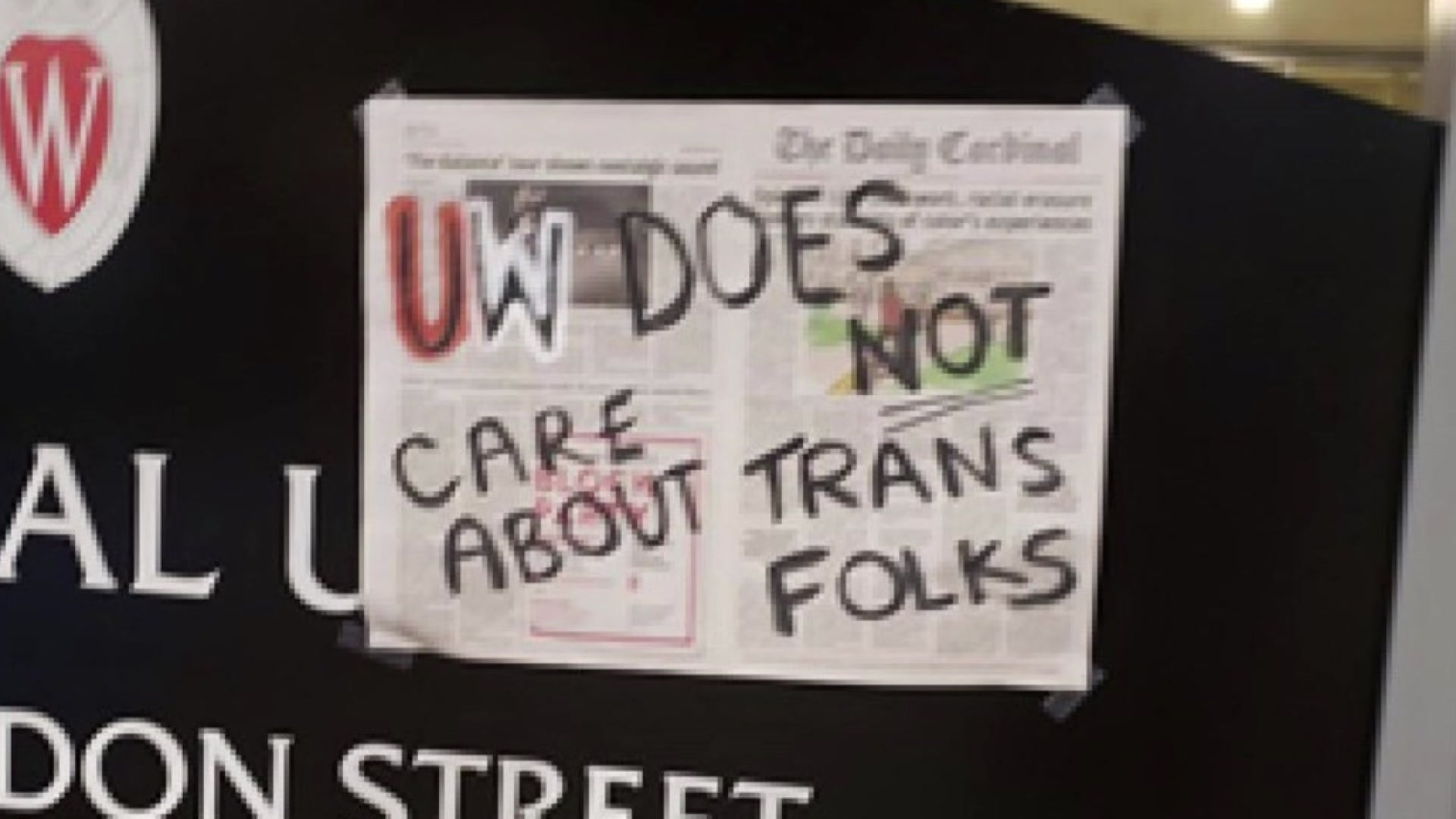