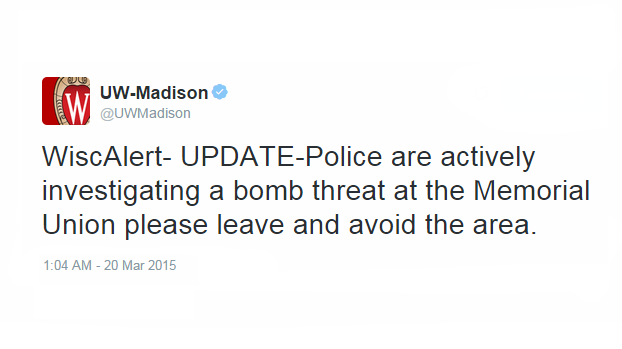 UW Madison Police have given the all-clear following an early Friday morning evacuation at the Memorial Union.

Campus police first alerted students of a bomb threat to the building around 12:45 a.m. Friday.  The WiscAlert urged students to leave the Union area while they investigated the threat.  Helen C. White Library, and several other buildings in the Langdon Street area were also evacuated.

The areas were re-opened after police issued an all-clear around 3:15 a.m.  Officials continue to investigate the source of the threat.