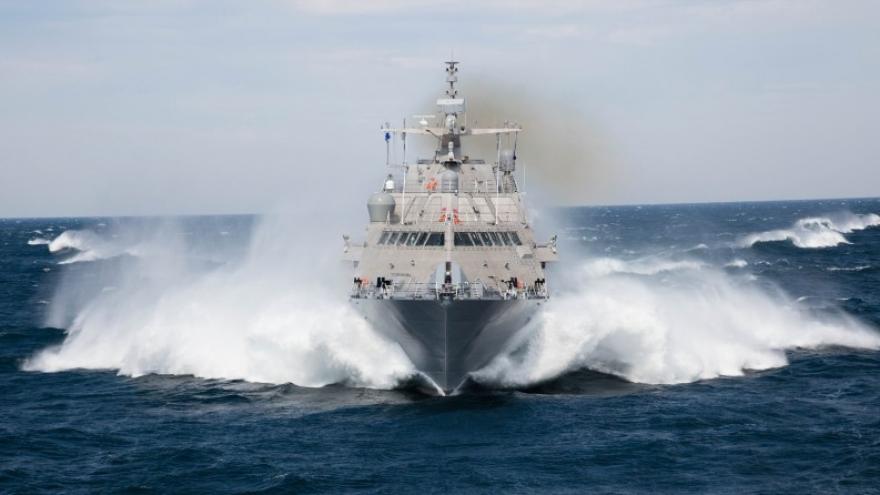 According to the Defense Visual Information Distribution Service, the USS Milwaukee, along with the “Sea Knights” of Helicopter Sea Combat Squadron (HSC) 22, Detachment 5, deployed on December 14, 2021, to conduct U.S. Southern Command and Joint Interagency Task Force South’s counter-narcotics operations in the Caribbean Sea.

While deployed, the USS Milwaukee assisted in disrupting an estimated 915 kilograms of cocaine worth over an estimated street value of over $64 million and removed eight suspected drug traffickers from the narcotics trade.

“This was a great experience for the crew, many of whom this was their first deployment,” said Cmdr. Brian Forster, commanding officer of Milwaukee. “We were able to accomplish many great feats including disrupting drug trafficking, working with our allied naval partners, going through the Panama Canal and even crossing the equator. The crew that is returning is a very different crew that left months ago. They have seen many aspects of the world and different cultures including the cuisine. We will continue to grow, not just as Sailors, but as Americans and keep our Navy the strongest in the world.”

The USS Milwaukee was the first to deploy with the Navy's upgraded variant of the unmanned aircraft, the MQ-8C Fire Scout. It conducted three bilateral maritime exercises with Jamaica, Martinique, and Ecuador to strengthen partnerships and build interoperability between forces.

Additionally, the USS Milwaukee transited the Panama Canal, crossed the equator and visited Manta, Ecuador to build lasting relationships with the Ecuadorian navy and conduct counter-illicit drug trafficking missions in the Eastern Pacific.