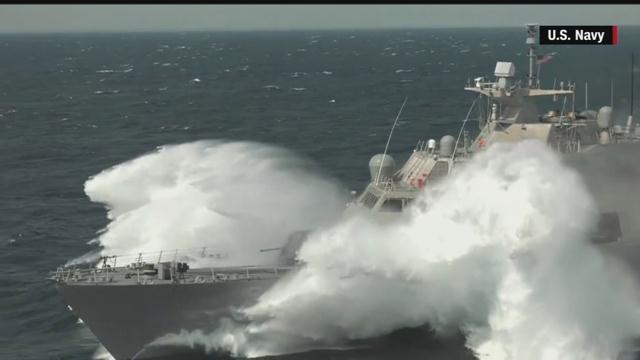 It's an impressive sight. The U.S. Navy has given us our first real look at a warship named after Milwaukee in action.

The above video shows the USS Milwaukee in the water, moving at high speed during Navy tests. The ship was built in Marinette, Wisconsin and designed to be lighter and more mobile for missions near shore.

It will carry missiles as part of those missions.

The ship is coming to Milwaukee for its commissioning ceremony on November 21.  After that, its home port will be San Diego.