US Secretary announces a woman to be printed on $10 bill 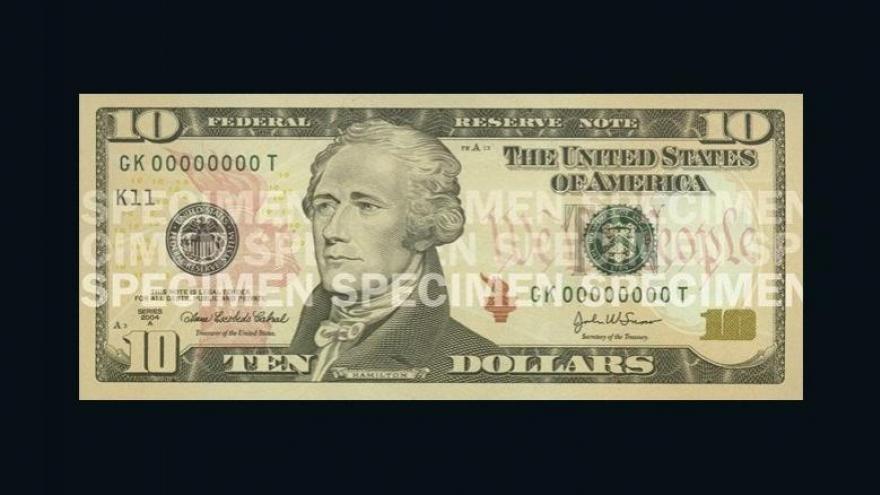 (CNN Money) Move over Alexander Hamilton. You're getting company on the $10 bill and her name is ...

On Wednesday, U.S. Treasury Secretary Jack Lew said a woman will be featured on a redesigned $10 bill in 2020 -- the 100th anniversary of the Constitution's 19th Amendment, which gave women the right to vote.

A decision on who the woman will be won't be made for several months.

The last woman on U.S. paper currency was Martha Washington, who was on the $1 Silver Certificate between 1891 and 1896.

"We have only made changes to the faces on our currency a few times since bills were first put into circulation, and I'm proud that the new 10 will be the first bill in more than a century to feature the portrait of a woman," Lew said.

Related: Evolution of the 10 dollar bill

Lew, who will make the final decision on who will grace the currency, is asking the public for help.

The department will launch a website, and is asking for input over social media with the hashtag #TheNew10.

What's his criteria? Lew wants the next generation of U.S. currency to underscore the theme of American democracy. The portrait must also -- by law -- be of someone who is no longer living.

Hamilton, who was the nation's first treasury secretary, has been on the $10 bill since 1929. He replaced Andrew Jackson, who was the seventh president.

Jackson moved to the $20 bill, where he remains today.

The $20 was at the center of a recent campaign to put a woman on U.S. currency. But Treasury had already pegged the $10 as the next one to be updated.

Related: Lawmakers want a woman on the $20

Bills are flagged for updates mainly for security reasons, Lew said. It was a "happy coincidence" that a push to put a woman on American money happened as the $10 note came under consideration.

Either way, the Hamilton $10 isn't going anywhere soon, since there are about 1.9 billion $10s in circulation today.

In Britain, where the Queen graces one side of the currency, the government will add Jane Austen to the opposite side of its £10 notes starting in 2017. She will bump off Charles Darwin.

In another first for American greenbacks, the new $10 bill will include a "tactile feature" to allow blind people to distinguish it from other denominations.