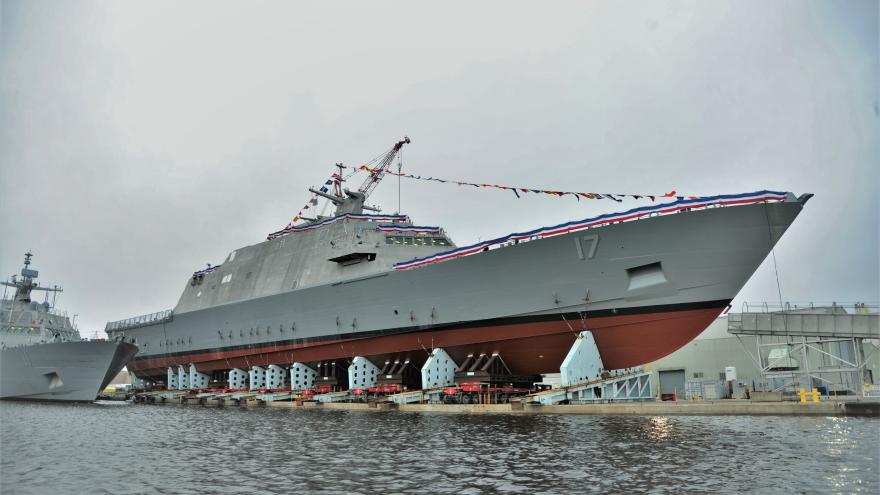 Despite a winter storm warning, overcast skies and temperatures in the mid 20s, the U.S. Navy today christened its 17th Littoral Combat Ship at the Fincantieri Marinette Marine shipyard in Marinette, WI.

Just after 10 AM, ship sponsor Jill Truitt Donnelly, wife of Democratic Senator Joe Donnelly,  christened the ship the USS Indianapolis with the tradition of breaking a bottle of champagne  across the ships bow.

LCS 17 is the fourth U.S. Navy ship to bear the name Indianapolis.  The most famous USS Indianapolis was a cruiser which was sunk in the later days of World War II.   Of the 1,195 men aboard, only 316 survived the sinking and four days adrift at sea.

The USS Indianapolis will undergo additional outfitting and testing at Fincantieri Marinette Marine before its anticipated delivery to the Navy next year.