US Navy destroyer taking on water after collision 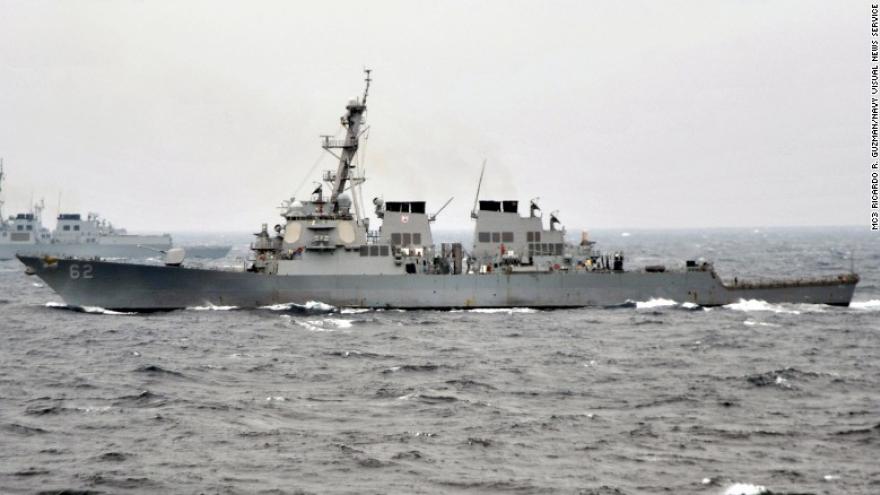 (CNN) A US Navy destroyer is taking on water after colliding with a merchant ship about 65 miles off the coast of Yokosuka, Japan, a US Navy official told CNN on Friday.

The official said emergency procedures have been put in place and the ship is not in danger of sinking at this time.

The USS Fitzgerald requested the assistance from the Japanese Coast Guard after the collision occurred at approximately 2:30 am local time on Saturday.

The damage to the ship is still being evaluated and the number of personnel injured has not been determined, according to the statement.

A US military official told CNN that ship could not operate under its own power after the incident and tug boats have been called to assist.

The Fitzgerald is an Arleigh Burke-class guided-missile destroyer with a crew of approximately 330 sailors.

The ship completed $21 million in upgrades and repairs in February and is currently forward-deployed to Yokosuka, Japan, supporting security and stability in the Indo-Asia-Pacific region, the service said.