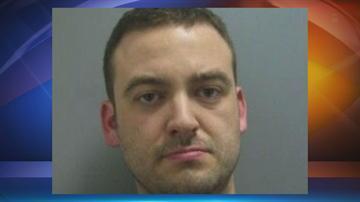 MILWAUKEE -- Two states, three stolen vehicles and a crash that killed an 11-year-old boy, all coming to an end at a Milwaukee McDonald's on Villard and Teutonia.

US Marshals arrested Rockie Douglas around noon Tuesday.  But it all started in Chicago Saturday.  That's when police say Douglas stole a green minivan in front of police.  They chased him until he crashed into an SUV, killing 11-year-old Donovan Turnage, who was riding in the vehicle.

\"I saw out the corner of my eye, the van rushing toward us and then it just hit us and spun and we looked back and he was gone out of the car,\" Turnage's brother Derrick told CBS affiliate WBBM.  \"I ran to him, held his head, I was telling him to hold on, looking in his eyes.\"

The chase didn't end there.  Douglas ran from the scene and stole another car blocks away at gunpoint.  Police think he drove that car until a flat tire stopped him on a Chicago-area interstate.  It was there he flagged down a car for help and stole that vehicle, disappearing until Christmas Eve in Milwaukee.

A McDonalds employee told CBS-58 off camera Douglas came through the drive-thru around 11:20 a.m.  She says police and US Marshals showed up and blocked the car in.  Douglas first tried to use a female passenger as a shiled, but soon gave up without a fight.

Family and neighbors of the boy killed hope Douglas understands the pain he caused.

\"If you have a heart or a conscience, you know what you did, you took an 11-year-old boy's life before Christmas,\" cousin Richard Jones said.

Chicago Police plan to work with prosecutors from various areas to figure out the appropriate place to prosecute Douglas.  US Marshals currently have him in custody.