U.S. Airman spotted helping elderly woman with walker get home – but his good deed did not end there 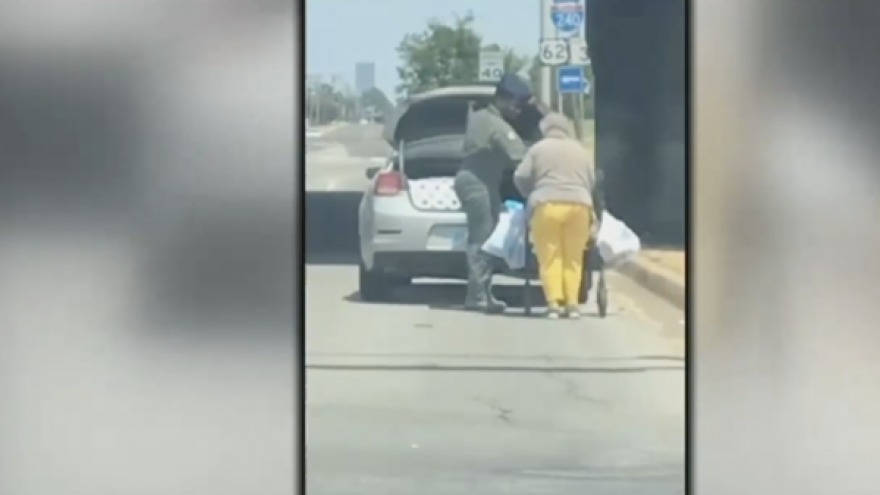 Jennings had no clue he was being watched when he stopped to help Hall. Now, his good deed has gone viral. OBTAINED BY KWTV

A U.S. Airman stationed at Tinker Air Force Base in Oklahoma City was caught on camera performing a selfless act of kindness — and he had no idea he was being watched. Airman Jibril Jennings didn't think twice about helping an elderly woman with a walker he saw near the highway.

She was struggling to carry her groceries in the extreme heat and Jennings jumped into action. A woman in her car saw Jennings loading the elderly woman's groceries into his trunk and started filming. The video went viral.

"The way that people were driving, I didn't think that anyone was recording," Jennings told KWTV. "I didn't even realize that there was anyone around me until someone stopped, parked behind us and put their hazards on while I was helping load stuff into her car." 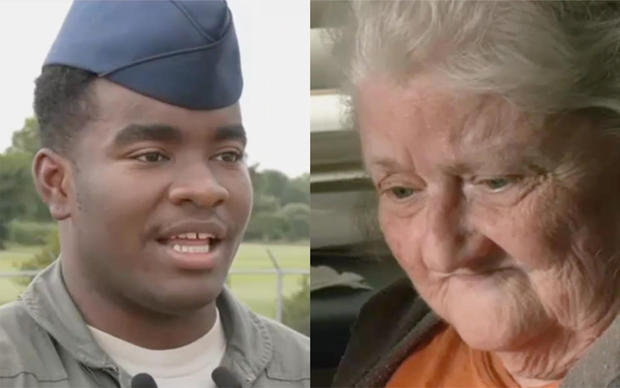 Jennings' good deed did not end there he now wants to help repair Hall's broken-down ramp outside her home. KWTV

Jennings took Janice Hall, who had been shopping at Walmart, to her house over two miles away. During the car ride, a friendship was formed.

Jennings said Hall reminded him of his grandmother. "Once I got into the car, she immediately started talking," he said. "She started telling me about her day."

Once they got to Hall's house, Jennings put her groceries away for her. Hall said she doesn't mind the heat and she often walks long distances with her walker — but Jennings' help was still welcomed.

"That man was really a sweet guy. I just couldn't believe it," Hall said. "Then he came over here and helped carry this stuff in!"

Jennings' good deed did not end there. He's now working on gathering a few airmen buddies to help repair Hall's broken-down ramp outside her home. Making her long treks with her walker a bit easier.