Ups and Downs on Lake Michigan

It has been an interesting month of weather this July. We've had plenty of heat, and also bouts of heavy rain. The heat has been kind to us in warming up Lake Michigan. Recently water temps have touched 70 degrees. However, sometimes a strong southwest wind that brings the heat, can also turn the lake cooler. 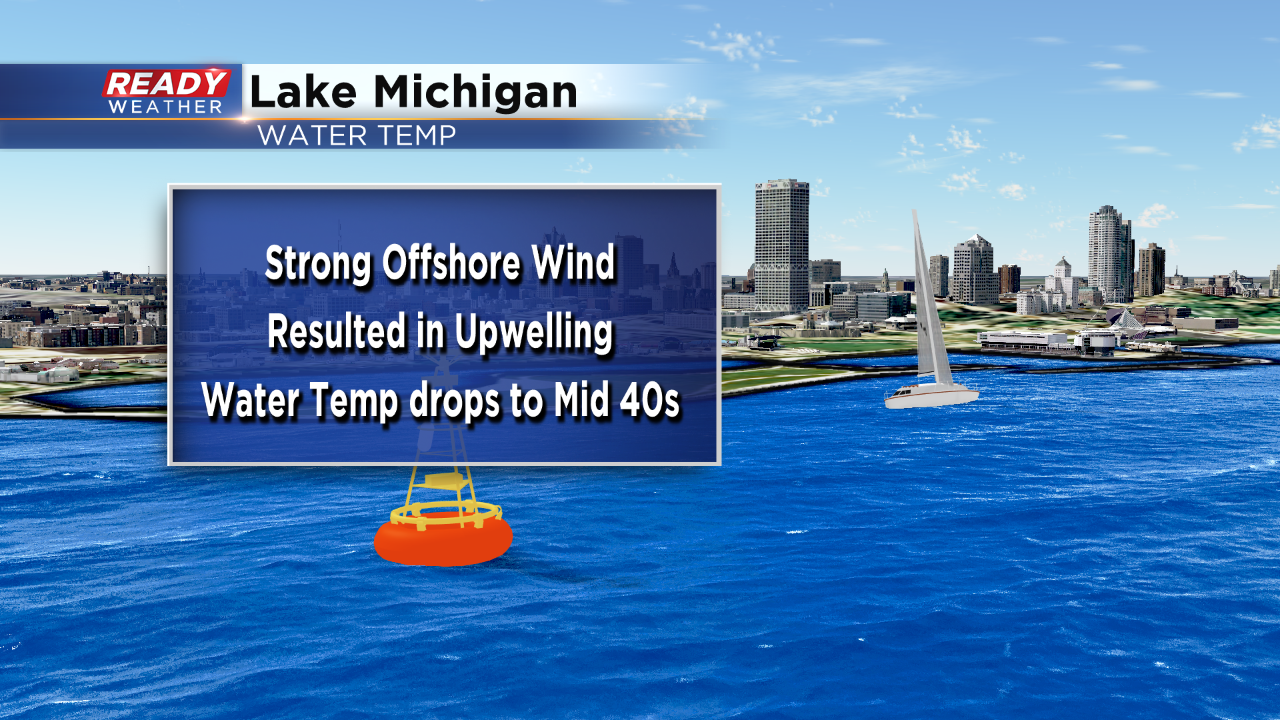 Winds on Saturday gusted over 30mph and that led to some serious upwelling. As that southwest wind pushed the surface layer of water to the Michigan side of the pond, deeper, colder air replaced it. That led to a drop in surface water temps from around 70 to the mid 40s this weekend! So if you're looking for relief from the heat, the lake may have been a bit of a shock today.

Meanwhile, heavy rainfall leading up to the 21st of the month brought lake levels up to record levels for the month. 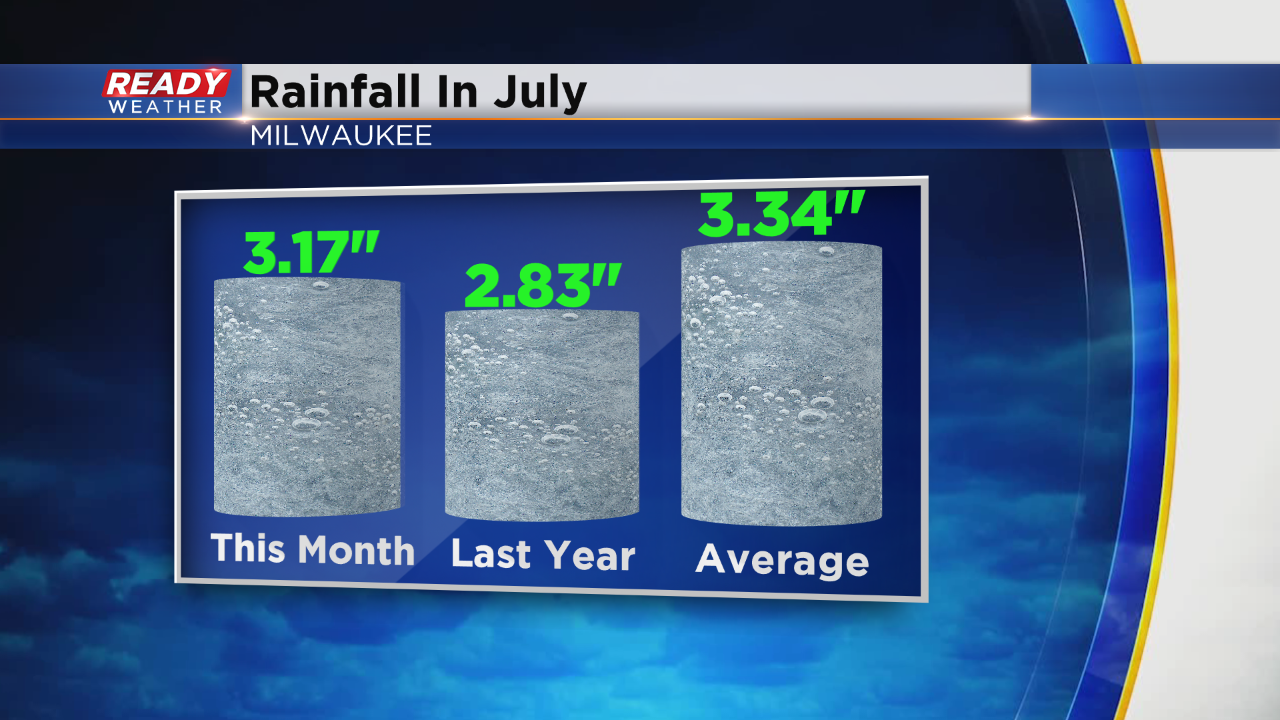 The average water level now sits at just under 582 feet, check it out: 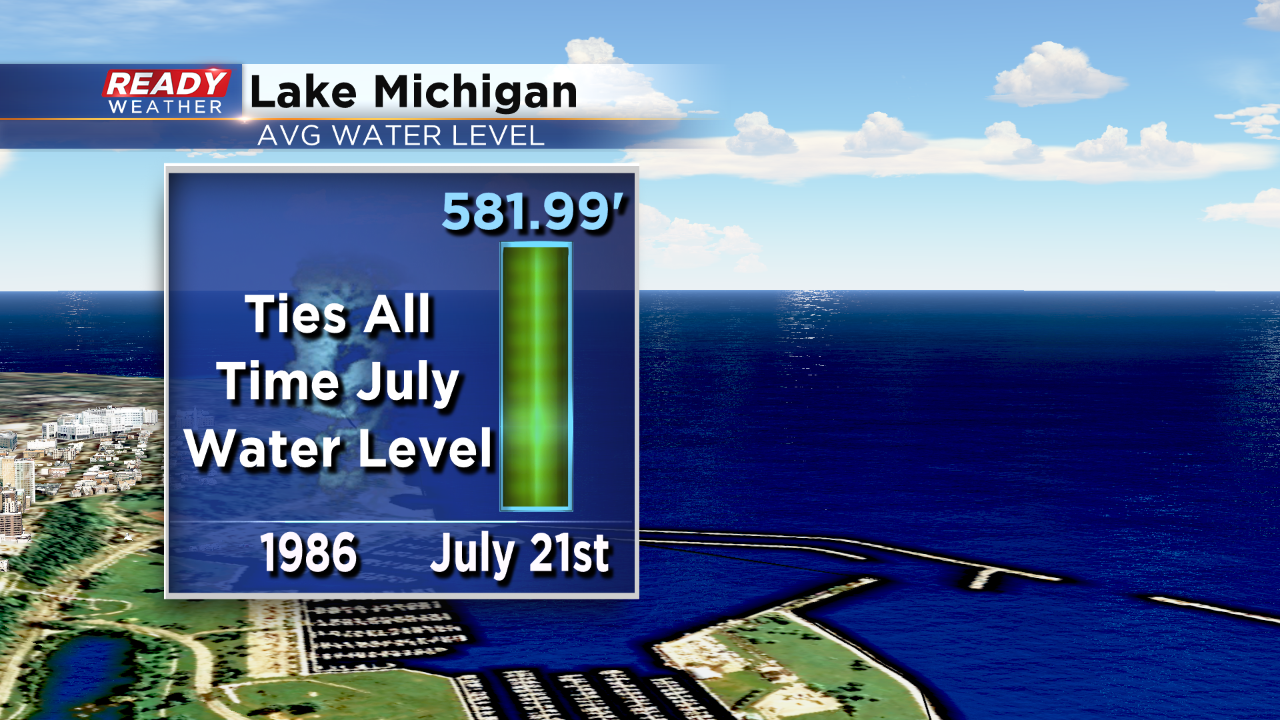 Heavy rainfall in parts of the Lake Michigan/Huron drainage basin during the period from July 18th – 21st contributed to the average water level rising to 581.99 ft on July 21st. This tied the all-time July record water level which was set in 1986. According to the National Weather Service, the average water level may yet go up slightly later in August, but typically begins its seasonal slow retreat from August through the autumn months.

In the short term, high pressure will also bring cooler 70s back to the forecast this week. So while beach weather doesn't look ideal in the coming days, the air is expected to heat up once again for this next weekend, back into the 80s. By then water temps should return to more normal levels in the 60s.