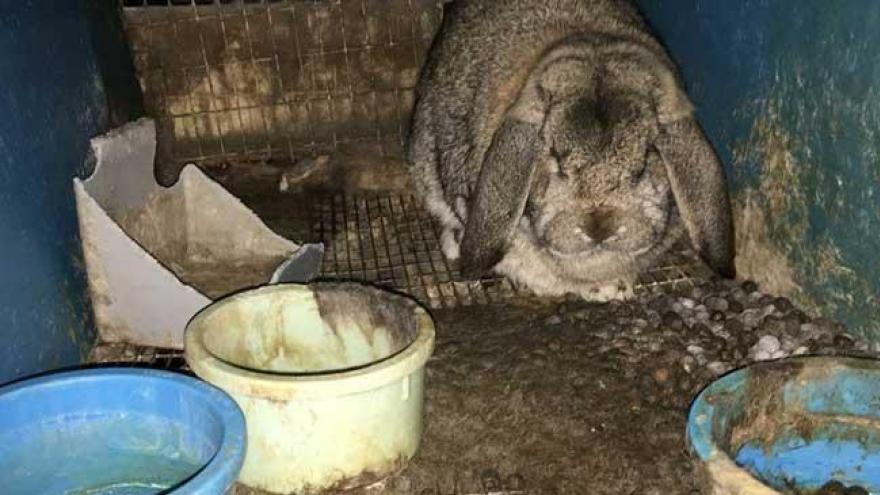 A Wisconsin Humane Society spokesperson says 28 rabbits are now being cared for.

According to the Humane Society, the rabbits were found locked in small wire cages in a rundown building which didn't have heat. The rabbits also did not have food or water, and were sitting by their own feces.

The rabbits must stay with the Humane Society while police investigate why they were left in such horrid conditions.Humane Society's Vice President of Communications, Angela Speed, said, "We have a lot of rabbits in our care and we depend on the public's support. So we're looking for things like water bottles, timothy hay, aspen bedding, toys for the rabbits, rabbit pellets. Things to help support them while they're with us, and of course monetary donations."

There were 29 rabbits found, one rabbit had already died before rescuers arrived.

Wisconsin  Humane Society was on the scene of an emergency rescue of 30 rabbits in Ozaukee County, according to a post on the organization’s Facebook page.

“No animal deserves to go without food, water or safe housing, and we're just so thankful that they won't have to ever experience such pain and suffering again,” said the Humane Society on its’ Facebook page.