UPDATE: Woman and Child Dead After Their Car Was Struck by Stolen SUV 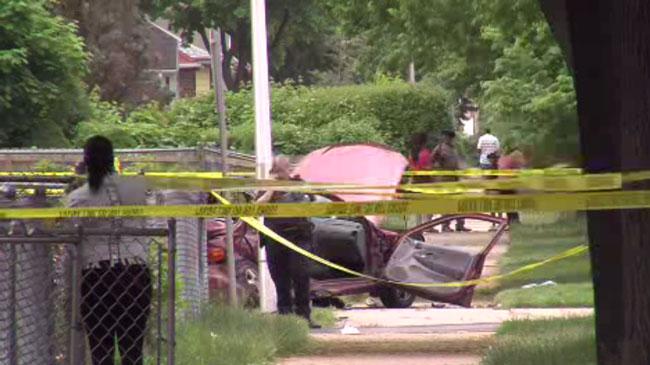 The Medical Examiner identified the 46 year old woman who was thrown from the car on Hadley and 39th and died at the scene.

Danielle Triggs, 46-years-old, was in a car struck by a stolen SUV that had run through a stop sign Friday afternoon.

An 8-year-old died on Sunday, according to family members. They identify him as Taeshawn Griffin.

The family says they are grandmother and grandson. The family was heading to the park last Friday when their lives changed forever.

A 7-year-old is still in critical condition.

On Monday night the family held a vigil at the scene.

Police still need your help finding the teens that caused that crash.

They released cell phone video of the two suspects, who appear to be teenagers and both mail, as they say ran from the scene.

The Audi was reportedly stolen from a Racine auto lot last month and was going at least 50 miles an hour-in a 25 mile zone when it t-boned the victim's car.

If you have any information you're asked to call police