UPDATE: The latest on Hurricane Irma 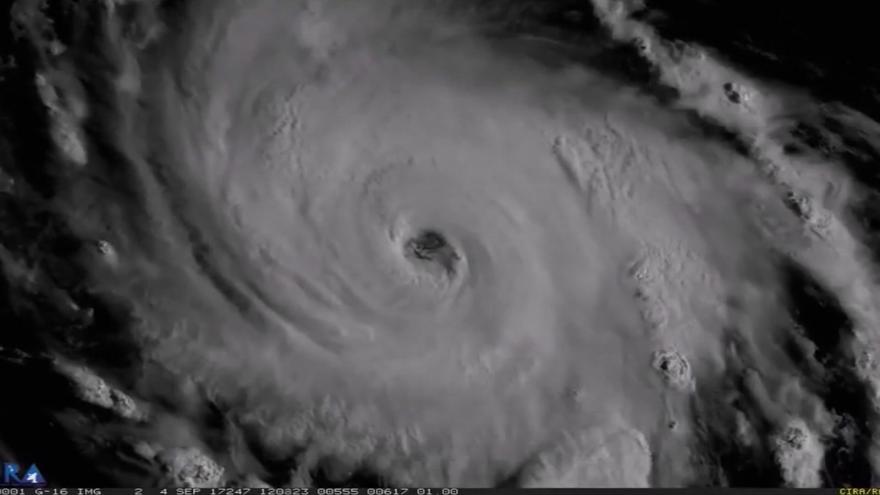 French President Emmanuel Macron says he will visit French territories damaged by Hurricane Irma, "as soon as the weather allows."
Speaking in Athens Thursday, Macron said he decided not to call off his two-day visit to Greece because prevailing weather conditions would have prevented a flight to the French territories, and an emergency government meeting in Paris was concluded before he left.
Irma, the strongest Atlantic Ocean hurricane on record, has affected French, British and Dutch Caribbean territories.

------
8:15 a.m.
French President Emmanuel Macron says France is "grief-stricken" by the devastation caused by Hurricane Irma, and he's calling for concerted efforts to tackle global warming and climate change to prevent similar future natural disasters.
Speaking Thursday during a visit to Greece, Macron said the planet's situation must be stabilized and that leaders must make take steps to combat global warming "so we can avoid such natural disasters in the future."
French Interior Minister Gerard Collomb told Franc Info that at least eight people died and another 23 were injured when the monstrous Category 5 storm walloped the French Caribbean island territories of St. Martin and St. Barthelemy. That number is expected to rise.
------

Speaking on French radio France Info, Gerard Collomb said the death toll in Saint-Martin and Saint-Barthelemy could be higher because rescue teams have yet to finish their inspection of the islands.

Collomb said Thursday: "The reconnaissance will really start at daybreak."

Hurricane Irma is moving to the northeast of the Dominican Republic after blacking out much of Puerto Rico and raking the U.S. territory with wind and rain.

The U.S. National Hurricane Center says the Category 5 storm's maximum sustained winds are near 180 mph (290 kph). The hurricane center says some fluctuations in strength are likely during the next day or two but Irma is expected to remain a powerful Category 4 or 5 hurricane.

Hurricane Irma has blacked out much of Puerto Rico as the dangerous Category 5 storm raked the U.S. territory with heavy wind and rain while staying just out to sea

Antigua and Barbuda Prime Minister Gaston Browne says nearly every building on Barbuda was damaged when the hurricane's core crossed almost directly over the island early Wednesday and about 60 percent of the island's roughly 1,400 people are homeless.

He says a 2-year-old child was killed as a family tried to escape a damaged home during the storm.

The tourist board for the Caribbean island of Anguilla says the major resorts on the island survived a hit from Hurricane Irma but many private homes have been damaged.

It also says that the airport did not sustain any major damage but that it remains closed along with two ports.

Irma lashed the small British island territory with heavy wind and rain Wednesday. There were no reports of any deaths from the storm.