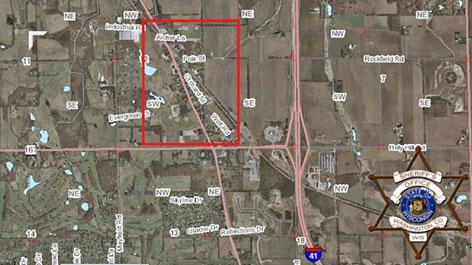 On April 20 at 11:54 AM the Washington County Sheriff’s Office was notified of a gas line that was struck in the area of 1907 Highway 175 in the village of Richfield. The line was reported to be a 4" gas line and it was struck by a road construction crew working on the Highway 175 reconstruction project.

Richfield Fire Department was paged and WE Energies was contacted. Wisconsin Southern Railroad was also contacted to stop all rail traffic coming into this area. Construction work was also halted.