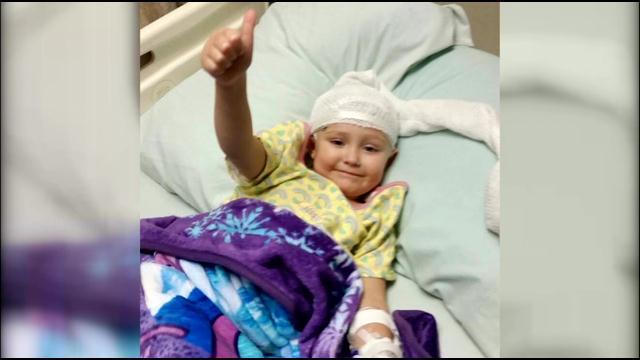 UPDATE: State Senator Van Wangaard is proposing a measure that would eliminate the need for people to have a prescription for the oil in order to use it. This proposal would also protect people against prosecution for possession of the oil. The measure has yet to be taken up by the Wisconsin State Legislature. Stay with CBS 58 as we continue to follow this developing story.

ORIGINAL STORY: A year ago in April, Governor Walker signed \"Lydia's law\" into effect, which allows cannabis oil to be used as treatment for children with seizures.

The law was named for 7-year-old Lydia Schaeffer of Burlington, Wisconsin. She suffered from severe seizures and died less than a month after the bill was signed.

CBS 58 learned even though the law has been on the books for more than a year, it doesn't mean all kids in need of treatment are getting it.

Vicky Pletka and her family have reached a tipping point. She says her family has no choice but to pack up their belongings and move to Colorado, so that their daughter Lily can get the treatment she needs to fight off severe seizures.

\"It's just a constant struggle... we never know when the next seizure is going to strike,\" said Pletka. \"Somebody has to be by her at all times to watch her and be ready to give her rescue medication if necessary, oxygen if necessary.\"

Lily, who is 4-years-old, was diagnosed with a rare disease called \"Dravet Syndrome,\" which is a catastrophic form of epilepsy.

Doctors have tried giving her multiple seizure medications, but none of them have worked.

\"We don't know if the next seizure will be the one that ends her life. We are forced to move to have access to CBD oil which is known to stop seizures in kids with Dravet,\" said Pletka.

The Cannabis oil treatment is legal in Colorado. The family decided moving there is the best decision for Lily.

\"Unfortunately in this state, even though Lydia's law was signed, it has a stipulation... none of us have seen CBD oil legally yet,\" said Pletka.

While the family is having a hard time selling all of their belongings to raise money for the big move, they believe it's worth it.

\"I can only dream of how awesome she's going to be when she's not seizing every day,\" Pletka added.

The family will be having their \"moving sale\" until May 1st. For more information about the moving sale, click here.

You can also visit their GoFundMe page here.