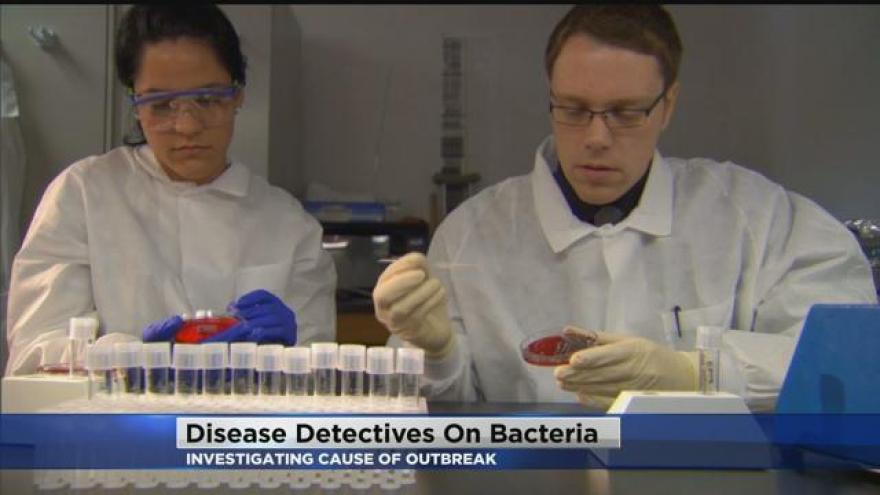 According to DHS reasons for the lower number are:

The rise in cases has allowed the bacteria infection to spread to a twelfth county. At least one of the new cases came out of Sheboygan County.

This week, DHS asked nursing homes and home health agencies to report the brands and products they use. The results will allow DHS to focus their efforts on finding a source for Elizabethkingia.

The source of the infection is still unclear. Along with healthcare products, the CDC says they've been testing soil and water that the victims have been in contact with.

Governor Scott Walker spoke Wednesday about the progress of controlling the outbreak.

"Right now we're working directly with CDC through our state Department of Health Services because when they look at something with this size and magnitude CDC really wants to be at the forefront of that, and we want to make sure we contain it as much as possible," said Governor Walker.

The Red Cross and The Blood Center of Wisconsin says the infection has not yet affected their supply or donors.

The infection has impacted those over 65, and everyone infected so far had a serious health conditions such as cancer, renal failure or serosis.

Eighteen patients died, but it's unclear if Elizabethkingia caused the death. At this point they believe healthy people are able to fight off the bacteria.

“Everything is still on the table we don't have clear guidance on what people can do to avoid this bacteria. while we don't know a lot there are some things we do know. We know that it is primarily affected older adults none of these cases have been children.  And they are having difficulty fighting this bacteria without the proper antibiotic treatment,” said Wisconsin Department of Health Services.

Disease detectives from the state and the CDC interviewed patients, families and healthcare providers hoping they could find a connection between the patients circumstances,

The state tells CBS 58 they have moved to the process of testing specimens. DHS and CDC say don't know much, but believe the bacteria is not spread from person to person.

The bacteria isn't new; it was discovered in the late 1950s, but it never caused infections until recently.