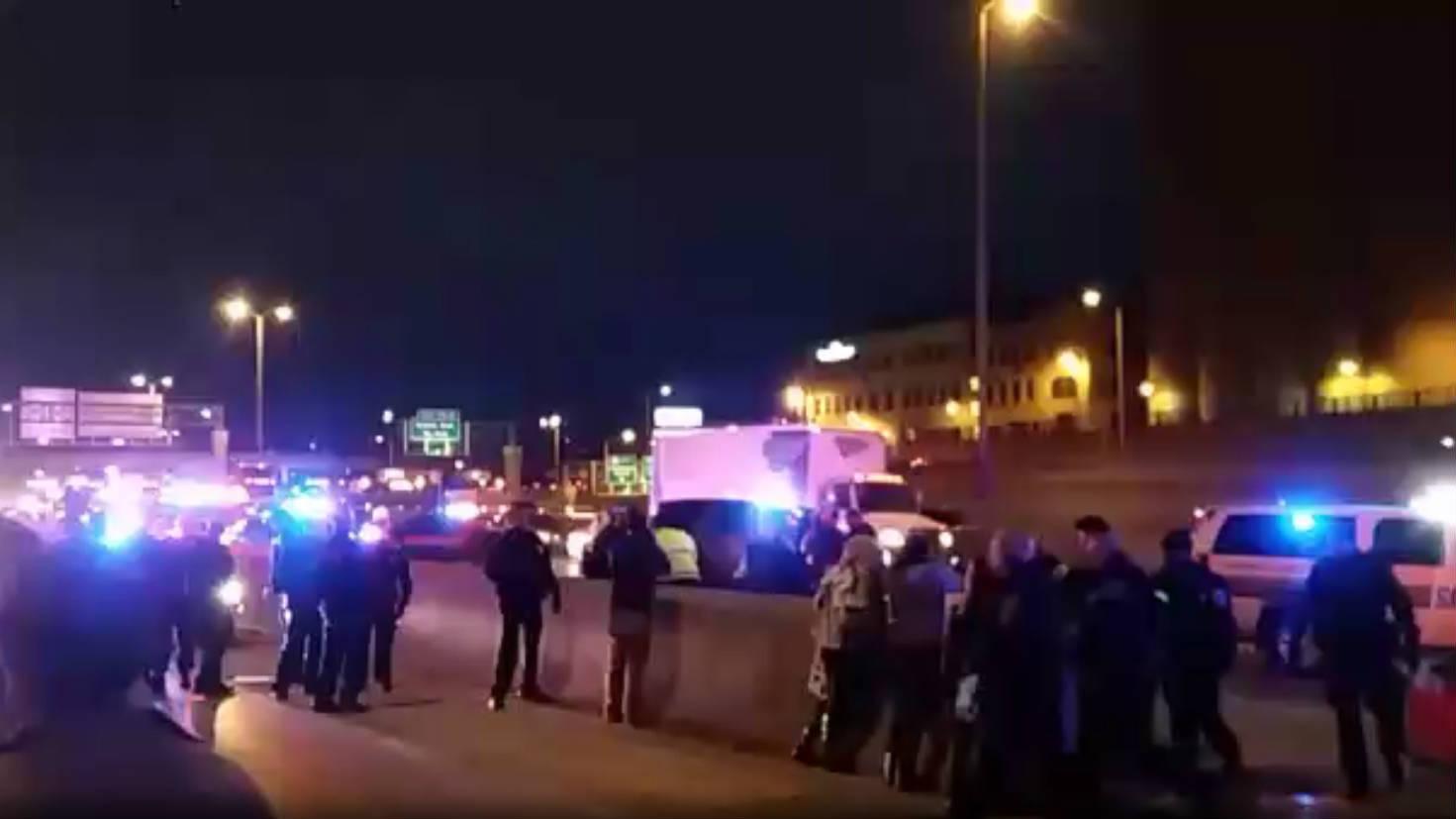 Protesters asking for justice in the shooting death of Dontre Hamilton have blocked I-43 at Walnut St. Protesters have been putting pressure on the Milwaukee County District Attorney's Office to make a charging decision against Officer Christopher Manney, the man who shot and killed Dontre Hamilton in April.

As the first part of this protest, demonstrators walked through the streets of downtown Milwaukee. Later protesters blocked traffic on I-43 for several minutes while holding signs with slogans like black lives matter. As members of law enforcement approached the I-43 blockade protesters got into their cars and fled the scene.

Several other protesters blocked an I-43 on-ramp near Fond du Lac Ave. Some protesters from this group have been arrested by Milwaukee police.

\"I'm angry and disappointed that the individuals involved in tonight's protests decided to take their demonstration to the interstate and disrupt the lawful flow of traffic and jeopardize the safety of citizens. The Milwaukee Police Department has shown commendable and considerable restraint in policing all of the protest activities to date.

Tonight's demonstration, however, crossed the line of lawful protest and put the lives of the demonstrators and the general public in harm's way. Those individuals actively engaged in such activity should be arrested and charged.\"

Many are anticipating large protests on the day the Milwaukee County District Attorney's Office makes a charging decision. Governor Scott Walker says he's taking every step to keep the people of Milwaukee safe, which includes putting the Wisconsin National Guard on standby. \"It's the call here locally whether it's the police chief or the sheriff; it's their call in needing assistance. We wanted to make sure they were ready in advance so there wasn't a lag time like we saw in Missouri and elsewhere.\" Walker said Thursday.

Curtis Sails with the Coalition for Justice, another group that organizes peaceful protests, says the Governor is expecting there to be violence. He says by doing that, Walker is demeaning people in Milwaukee and placing an unfair stigma on protesters.