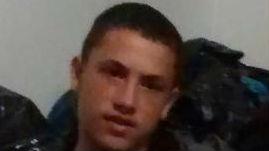 The public is cautioned not to try and approach Mcquay as it is believed that he may be armed and dangerous. A photo of Mcquay has been provided with this updated release.

On Thursday, September 10, at about 8:20 PM, Racine Police were dispatched to a residence in the 1000 block of Albert St. for a report of a 14-year-old girl who was suffering from a gunshot wound.

The victim has been identified as Vista Jackson, a 14 year old female, who suffered a single gunshot wound.