UPDATE: One Dead after Car Versus Semi Crash at 43rd and Good Hope Road 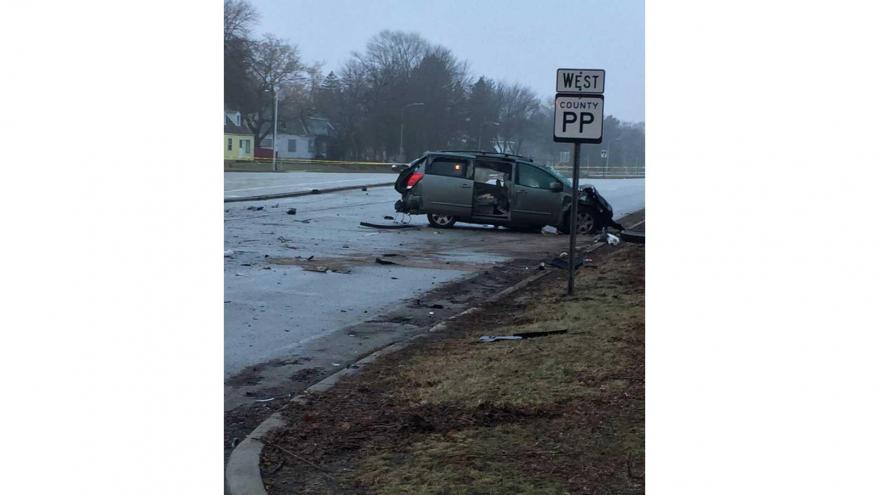 A fatal crash occurred in Brown Deer after police chased after a stolen van.

CBS 58 was on scene of a van versus semi-trailer truck collision near the border of Brown Deer and Milwaukee early Thursday morning. The collision occurred at the intersection of N 43rd Street and Good Hope Road.

The semi was overturned as a result of the collision.

As on of noon, CBS 58's Julie Parise reporting that portions of intersection were still closed, but that state police were helping direct traffic.

A Milwaukee Police Officer on scene tells CBS 58 that the crash was a result of a police chase when Brown Deer Police gave chase to a van that was reported stolen in Milwaukee on Thursday.

The Medical Examiner tweeted out that as a result of the accident the person driving the stolen van died at the hospital. The semi driver was shaken up but is okay.

Milwaukee Fire Department tells CBS 58 the intersection will likely be closed until noon.