UPDATE: Neighbors Report Gun Battle On the Street Near 43rd and Good Hope 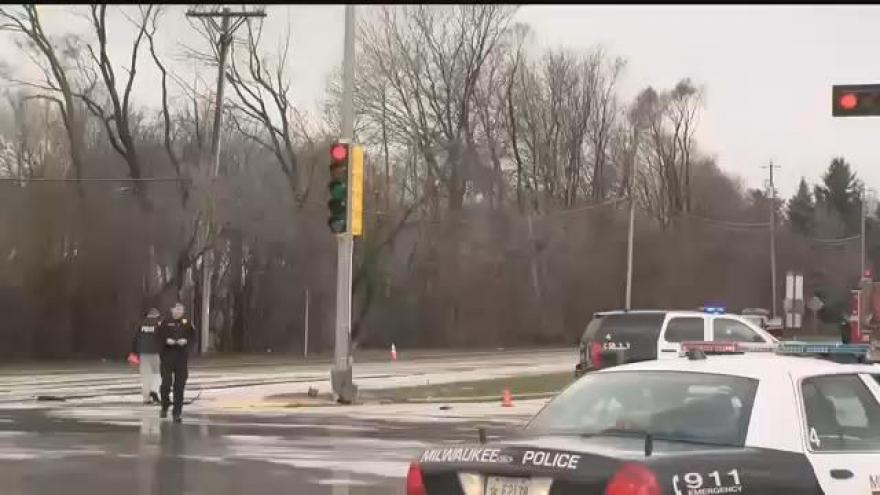 UPDATE from Milwaukee Police: We are investigating an incident during which gun shots were fired at N. 43rd Street and W. Good Hope Road on Tuesday, April 4th, around 10:45 a.m.  A stolen vehicle failed to stop at a traffic signal causing a crash.  As the occupants of the stolen vehicle fled from the auto, occupants of a vehicle not involved with the crash fired gun shots at the stolen vehicle’s occupants.  No one was injured by gunfire but an unoccupied house was struck by bullets.  At this time the incident is believed to be drug related and MPD continues to seek suspects.    Neighbors say they are shocked by the turn of events Tuesday afternoon.

Witnesses say they heard multiple gunshots and then saw a crash.

They believe two vehicles might have been shooting at each other.

Nobody was hit in the neighborhood that we know of in the early stages of the investigation.

Police have sealed off the buy intersection and we're still documenting evidence as of the noon hour.

\"I heard about ten shots,\" recalled Stephanie Trotter who was at her window. \"Four, then a pause. You could hear screeching of tires. A boom. And then another shot. I saw one car take off. The other car is there and it looks like a person is injured.\"

A police source tells CBS 58 News that the crash happened before the gunfire.

As more information becomes available, we will share it with you.