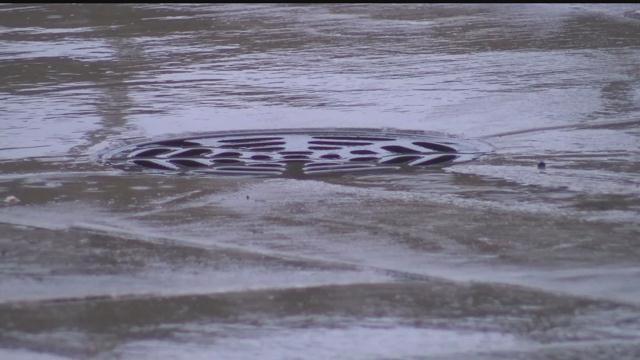 UPDATE: "They came, and they blocked off the road," said Lou Perrine.

Perrine is the second generation of a third-generation business. Lou Perrine's gas station in Kenosha has served their customers for over 60 years and hasn't ever closed, but the station closed on Tuesday.

Police told Lou Perrine he and his staff had to evacuate. The county has been trying to track down an unknown vapor coming from the sewage system. The gasoline-like odor was suspected of coming from Perrine's gas station. That's the reason they were closed down and evacuated.

"Right away they thought we were leaking from our gas tanks," said Perrine.

Perrine says he called in two independent companies to test and verify the leak was not coming from the station. He says they already go through testing to check for leaks once a year.

"The city now knows that we're clear, so it's gotta be coming from somewhere else off site," said Perrine. He says much of the surrounding area used to be an industrial site, and says that may be the cause of some of the vapor.

After clearing Perrine's, the county is still trying to identify the source of the vapor.

City of Kenosha first responders and the Kenosha Water Utility have been dealing with the problem of an unknown vapor emitting from the sanitary sewer system near the Public Safety Building, 1000-55th Street.

Kenosha Water Utility flushed the system, and venting the sewer line to keep vapor levels reduced.  The vapor level has diminished.  During the next few days odors may occasionally be detected outside in this specific area as venting occurs.

The sewer line in question seems to be isolated to a general area east of 13th Avenue, south of 52nd Street, and north of 56th Street.

At this point the actual cause of this vapor build up, and its source, is undetermined.

Nearby underground fuel storage tanks have passed additional testing, and therefore ruled out.

The testing of various samples from this sewer line is being conducted and will be ongoing.  The effort is to specifically identify the substance, then rule out potential sources through a process of elimination. Crews equipped to conduct this testing will be working in the aforementioned area and near a vacant land parcel at 5215-Sheridan Rd.

Should any property owners in the affected area notice vapors, within their home or basement, please contact the Kenosha Fire Department at (262) 656-1234.  If you detect any vapors within your home at an intensity that causes you immediate concern, do not hesitate to call 911.