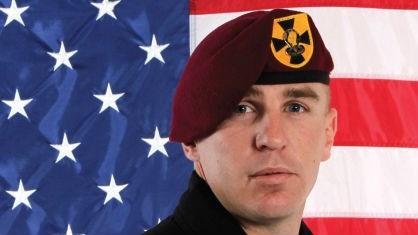 A spokeswoman for the Army Golden Knights identified the parachutist as 32-year-old Sergeant First Class Cory Hood of Cincinnati, Ohio.

According to his biography, Hood has been in the Army for 10 years and has been awarded two Bronze Stars and two Meritorious Service Medals. He began jumping in 2010 and has recorded more than 500 freefall jumps.

During Saturday’s airshow, Hood collided with a member of the U.S. Navy’s Leap Frog Team, who was also injured. Hood landed in the Gold Coast near Schiller and Lake Shore Drive and witnesses said his body was limp and that he clipped a building.

He was transported to Northwestern Memorial Hospital where he underwent surgery to relieve pressure on the brain.

The Navy parachutist landed on North Avenue Beach and treated and released from the hospital after suffering a broken leg.?

The Army Golden Knights and Navy Leap Frog teams did not perform Sunday for the second day of the Air & Water Show.