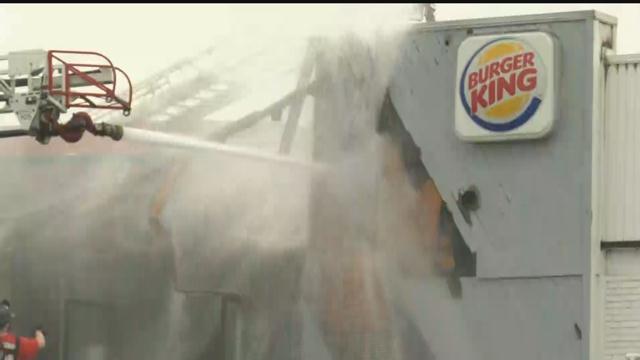 Investigators are trying to figure out what sparked a fire that devastated a Burger King on the north side.

The fire broke out at the restaurant on Brown Deer Road near 85th Street Friday afternoon. Fire officials say the call originally came in as a trash fire, but after the first engine company arrived, they realized the fire was much worse.

A wall was taken out, and flames were seen all throughout the top of the building.

"Because there was a large amount of fire up there already, and because of the danger of this roof construction, we went with all exterior attack or what we call defensive," said Sean Slowey, Acting Deputy Chief.

Approximately ten workers, who were inside the restaurant at the time, escaped safely. Medics checked them out, and none of them needed to go to the hospital.

There are no reports of injuries.