UPDATE: Child sex offender will not be placed near school after Mayor Tom Barrett calls out state officials 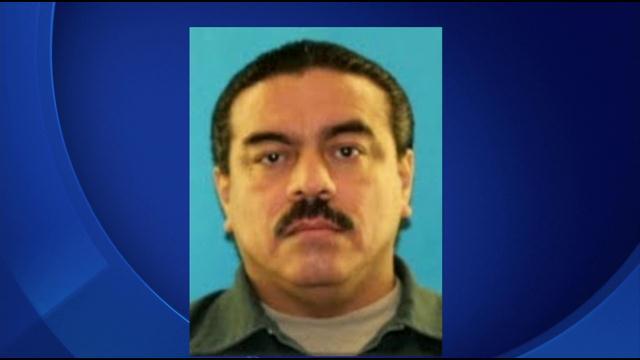 People living in a southside Milwaukee neighborhood are now concerned that sex offender Luis Martinez is listed as homeless, and say they're worried could be roaming the streets.

Milwaukee Mayor Tom Barrett says he shares the community's frustration, but there's also no way Martinez should've been allowed to live in a home across the street from a school. That's why he said he pressured the Department of Corrections Wednesday to reverse its decision.

According to a spokesperson for the Wisconsin DOC, they are working with Martinez to find a place for him to live, but says, in general, the department is not responsible for finding a sex offender a home. It's up to the offender to find an acceptable place, and the DOC reviews it.

A Milwaukee ordinance passed last year should've made it impossible for a sex offender to live across from Allen-Field Elementary, but city leaders say the DOC found a loophole in the ordinance.

Just hours after city officials railed against the state over the release of a sex offender, parents who gathered for a community meeting learned the offender will not be released near their children's school after all.

At a meeting Wednesday night, the Milwaukee Police Department and Department of Corrections said that the offender would not be residing, only visiting, his brother who lives across the street from the Allen-Field Elementary School near 7th and Lapham.

The decision came as a surprise to city leaders who last year passed a sex offender residency restriction after a CBS 58 investigation found Milwaukee didn't restrict sex offenders from living near schools and parks.

Milwaukee Mayor Tom Barrett held a Wednesday afternoon conference, taking issue with the state allowing Luis Martinez  to be in an apartment complex across the street from a school.\"I don't believe Governor Walker wants sex offenders living across the street from schools,\" declared the Mayor. \"The State Department of Corrections is allowing that to happen in Milwaukee today.\"

Martinez was convicted of sex offenses against children under 10.

Alderman Jose Perez received an e-mail notification one week ago.

Both Perez and Barrett said they were given the impression Martinez would be living there.

\"This washing of the hands is intolerable,\" said Alderman Perez. \"I would ask the Department of Corrections to work in the spirit of cooperation to create and equitable method of locating sexual offenders in our community.\"

Alderman Perez told CBS 58's Sarah Barwacz that he learned just moments before the meeting that the Department of Corrections had changed its decision.

\"Why was that?\" Alderman Perez asked. \"We don't know. We asked the DOC to give us an answer. They're going figure it out and let us know.\"

The DOC did not give specific motivation, but said that it always considers best possible outcomes when deciding on the placement of offenders.

Niel Thoreson, the Regional Chief of Corrections, was asked if community anger influenced their decision.

\"Not necessarily change or swayed, but we always weigh public safety, that's first and foremost our priority.\"

This does mean that Martinez is  homeless.

He will be on GPS monitoring.