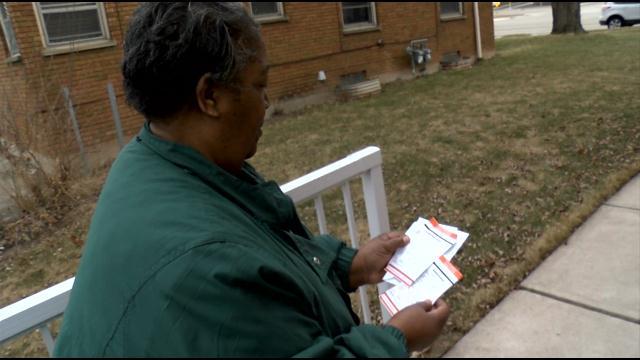 Just one day after CBS 58's Josh Landon exposed a parking ticket problem for a local woman, Alderman Jim Bohl says a flood of parking tickets she received are in the process of getting voided.

Marsha Benning has been living on West Capitol Drive for the past 15 years.

Benning says she leaves her car only a short walking distance from her front door.

There are no visible signs posted on Benning's side of the street with any parking restrictions.

Benning called the City's parking enforcement last week after she got the first parking ticket.

\"She said ok. I'll put a hold on the ticket until they investigate”, said Marsha Benning. “I said ok. Two nights later, I got a second ticket.\"

Here's the problem Benning is dealing with.

On her side of the street, she's in the city, but on the other side, is the city of Wauwatosa, and it's a no parking zone.

\"Only one side of the street on this square is Milwaukee. Where am I suppose to park, two, three blocks away?\"

Benning's other alternative is to park behind her home, but she would have to walk up and down the steps every day.

There are no plans to give up this fight, Benning says.

\"I intend to go all the way to court. I don't intend to pay this. The City can either eat the ticket or give me my money back.\"

Milwaukee Alderman Jim Bohl got back to us Monday evening and says:

“I believe there may be a way around this in terms of changing the rules for parking on the street. This is going to take a day or two for me to get an answer from our legislative reference bureau. I'm hopeful for a positive solution and will be reaching out to the resident when I have this information.”

On Tuesday, Alderman Bohl followed up saying that the tickets were being voided. He said an inexperienced parking checker handed out the tickets by mistake.