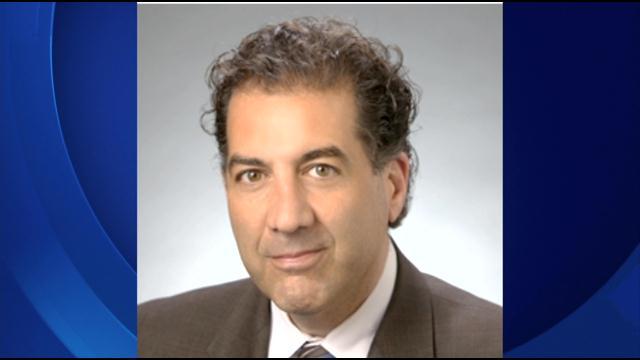 The Milwaukee County Medical Examiner's office confirms that Marc Marotta, the chairman of the Bradley Center board, has passed away.

According to the medical examiner, Marotta died of a brain aneurysm. The office confirms that the 52 year old was pronounced dead at the Wisconsin Athletic Club on Port Washington Road just before 3 p.m. Wednesday.

He was on a conference call Wednesday morning while sitting in his car outside the Wisconsin Athletic Club in Glendale when coworkers heard him moaning.

They tried to call him back but couldn't get a hold of him.

Medics tried to revive him, but he was already dead.

?Marotta was a partner and business lawyer with Foley & Lardner LLP.
He represented public and private companies in mergers, acquisitions, dispositions, joint ventures, corporate restructuring's and recapitalizations, and public and private equity and debt financing

Mr. Marotta joined Foley in 1987 and left the firm in January, 2003 to become the secretary of the Department of Administration for the state of Wisconsin under Governor Jim Doyle.

The 1987 graduate of Harvard Law School and  1984 graduate of Marquette University was a three-time academic All-American basketball player.

Brian Dorrington with the Marquette released the following statement:

As a 1984 graduate of Marquette University, Marc was a member of our basketball team but was always most proud that he was a three-time academic All-American. He embodied the definition of a true student-athlete. Marc's leadership stretched far beyond the court as he had a profound sense of civic responsibility on the region's most important issues. While best known for his role as the chair of the board of the BMO Harris Bradley Center, Marc was always willing to quietly lend a hand to causes close to his heart. Marc will be dearly missed and we ask that the community keep his family and friends in their prayers.\"

Tracy Johnson of the Commercial Association of Realtors considers Marotta not only a partner in development but a friend.

\"This is going to hit the community really hard,\" Johnson told CBS 58 News. \"He's been a player in the community for such a long time I think people are going to take this really hard. He was a visionary, he was a leader. He was all that was right with Milwaukee.\"