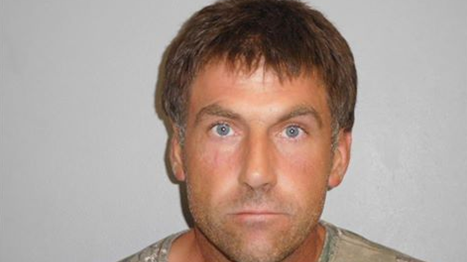 UPDATE: On Sunday October 30 at 10:18 AM while deploying the Eau Claire County Regional Robot to search a residence at the scene of the incident for the suspect, Doug Nitek, deputies were fired upon one time before the suspect, Mr. Nitek, surrendered without further incident.

The Rusk County Sheriff’s Department wishes to thank everyone, especially all the local law enforcement that assisted them during this tragedy.

The deputy that was killed in the line of duty was 33 yr old Deputy Dan Glaze, a 7 year veteran in law enforcement with the last 1 ½ years with the Rusk County Sheriff’s Department.

Please keep the family of the fallen officer and the men and women of the Rusk County Sheriff’s Department in your prayers.

RUSK COUNTY - A Rusk County Sheriff's deputy was shot and killed after responding to a call about a suspicious vehicle in Rusk County and the suspect remains at large.

A Rusk County Sheriff's deputy responded to a call about a suspicious vehicle on Broken Arrow Road east of Highway 27 just south of Ladysmith around 10:55 p.m. Saturday night. He radioed back to the department that he had found the vehicle in the field.
Dispatch lost contact with the deputy and when backup arrived minutes later, they found the deputy had been shot and killed.

Anyone with information on the location of a suspect, Doug Nitek, 43, should call 911. The sheriff's department considers the man armed and dangerous. The suspect remains at large.

The sheriff's department would like everyone to keep the family of the fallen officer and the men and women of the Rusk County Sheriff's Department in your prayers.

The name of the deputy is not being released at this time.

On the scene along with the Rusk County Sheriff's Department were the Ladysmith and Rice Lake Police Departments, the Barron, Washburn, Sawyer, and Eau Claire County Swat Teams, and the Wisconsin DNR.