UPDATE: 5-Year-Old Killed in Hit-And-Run on Way to Church 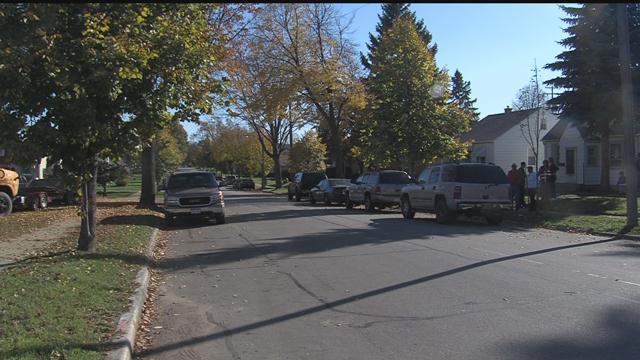 UPDATE: A 5-year-old girl was killed on her way to church.

The hit and run happened near 66th and Hampton on Milwaukee's north side.

"This little darling was excited this morning about going to church," said Pastor Radontae Ashford.

Ashford was cousins with the little girl.

"She was holding her mother's hand as they crossed the street to get in the car," said Ashford.

That's when a car hit the girl, and didn't stop.

"They actually slowed down after the accident and they continued to speed past," said Ashford.

The pastor was at a nearby church when he got the terrible news.

Police have not released any information about the driver or the make of the car… leaving a family looking for answers.

"If you know anything please just have a heart and come forward," said Ashford.

The family is asking for the driver to turn themselves in.

ORIGINAL: Milwaukee Police are currently investigating after a child was hit and killed by a car.

It happened earlier this afternoon near 66th and Hampton.

The Medical Examiner confirms that a 5-year-old girl was the victim.

It's unknown if the driver fled the scene.

We have a crew on scene. Stay with CBS 58 News and cbs58.com for more information on this developing story.