UPDATE: 2-Year-Old in Milwaukee Dies after Falling out of Window 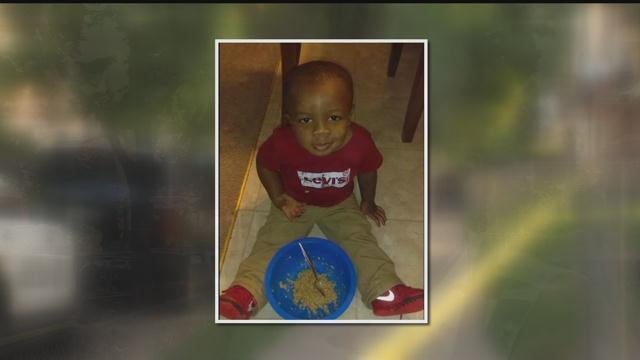 Milwaukee Police Department is investigating a sudden death of a 2-year-old on Tuesday, August 23 around 4:15 PM in the 2400 block of North 40th Street.

According to police, the boy was found by family. A tweet from the Milwaukee County Medical Examiner says that the investigation indicates the 2-year-old died after falling out of a window

The mother of the boy, Terry Harris-Lockhart tells CBS 58 that her son, Michael, was at his grandma's house. His uncle was watching him, and the 2-year-old was sleeping on one of his uncle's chest. When the child woke up, he tried to go out of the window feet first but was caught and "hanging there."

Harris-Lockhart says she can't sleep or eat. She is still in shock her son is gone.

"He's... the most happy boy you can know -- just loved to go outside and play and run; that's all he wanted to do," said Harris-Lockhart

She believes that's what the two year old was trying to do Tuesday afternoon, and it took his life. She recalls rushing to Michael's grandmother's home after hearing the news.

"As I came around the corner and I saw it taped off, I just jumped out of the car and started running. The car was still moving and everything, but I just didn't care. I was just trying to get to my baby," said Harris-Lockhart.

At that point, the home was a crime scene and Harris-Lockhart was not able to see her son.

"I immediately started having a panic attack. The ambulance had to come back and give me air because I couldn't breathe because it was just too much to handle," said Harris-Lockhart.

Neighbor Ceree Hall gave the boy CPR after he had fallen from the window.

"I just wish there was more I could do. I just got to praying like, 'Please God bring life into his body. Just help me,'" said Hall.

"I never thought I would have to bury my child at two. I wouldn't wish this pain on my worst enemy. A part of me is gone forever. There's no bringing him back," said Harris-Lockhart.

She believes a screen on the window could have saved her son's life. The mother says there were no screens in the windows of the rented home. She says she may sue the landlord.

"If he would have took the precautions to put screens on the window, my son would have been looking out the window, not hanging out of it," said Harris-Lockhart.

According to police, the investigation is ongoing and no arrests have been made at this time.