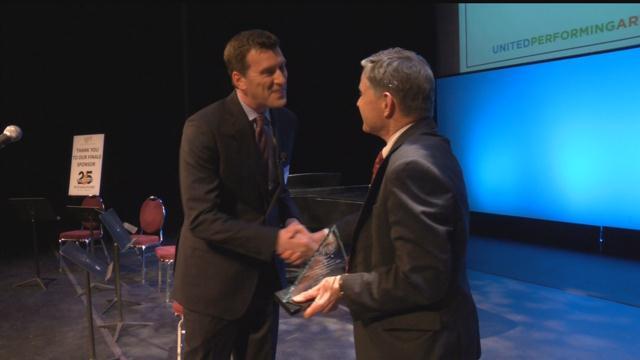 The 2016 UPAF campaign raised more than $12 million and this is the fourth-straight year the campaign set a fundraising record.

UPAF shared the news tonight at Vogel Hal in the Marcus Center for the Performing Arts.

The fundraising campaign featured the 35th annual Ride for the Arts.

The money keeps the lights on at a number of performing arts groups in the Milwaukee area including the Milwaukee Ballet, Milwaukee Symphony Orchestra, and Florentine Opera Company.

CBS 58 is a proud media sponsor of UPAF and Bill Walsh accepted the Jack Birchhill Award for exemplary voluntary commitment on behalf of the station.