Up to 8" of Snow to Fall Overnight in Sheboygan 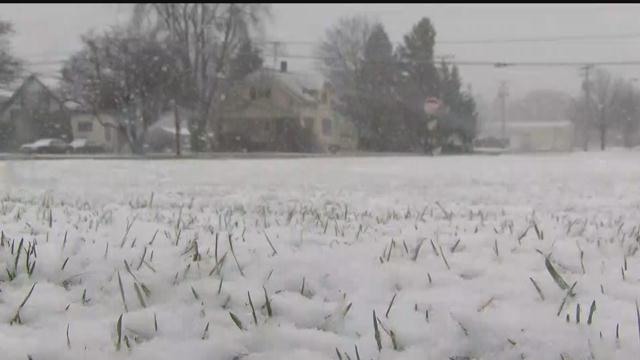 Snow fell all Wednesday in Sheboygan. The National Weather Service predicts the city could get between 4-8" of snow overnight.

City officials made the decision to not pretreat their roads because of how wet it's been leading up into the evening. They said any salt that is put down is immediately washed away.

City of Sheboygan Department of Public Works Director David Biebel said they are waiting until the snow starts accumulating in the early hours of the evening to start sending out crews.

"We also have another crew scheduled at 11:30 this evening to come in. They will work through the night and keep things clear. So ideally, hopefully by tomorrow morning if it stops we should be in good condition," Biebel said

As many as 25 Sheboygan snow removal vehicles will be on the roads overnight. Warmer weather at the end of the week should take care of whatever snow is left over.

Rick Yurk, parts manager at the Route 43 Harley Davidson, said he always feels conflicted about this kind of weather. First of all, he cannot ride a motorcycle in this weather.

"I'm torn between two worlds. I'm also a snowmobiler - a trail captain for a local club. We didn't open the trails on this part of the county this year so a lot of people are bummed out about that. But once it starts to hit that mid-March area it's time for spring," Yurk said.