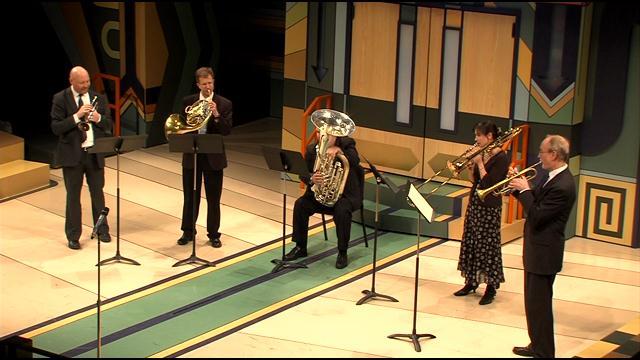 This is the most dollars ever raised in a single UPAF Campaign.

In the past five years alone, the UPAF Campaign has increased by 27%, having set new records each of the past three years.

More than 190 companies hosted a Workplace Giving Campaign this year, including 19 new campaigns.

UPAF shared the news this evening at its Campaign Finale, sponsored by Potawatomi Hotel & Casino, at Turner Hall Ballroom.

The UPAF Notable Women affinity program, sponsored by BMO Harris, concluded the campaign with 339 members and $339,000 in funds directed toward arts education.

The event was hosted by Bill Walsh of CBS 58 and featured performances by UPAF Member Groups, Skylight Music Theatre, the Florentine Opera Company and the Milwaukee Youth Symphony Orchestra. The 2015 Campaign was chaired by Patty Cadorin, vice president and chief of staff to the CEO of BMO Harris Bank; Tom Cardella, MillerCoors (retired); and Mark Sabljak, publisher of the Milwaukee Business Journal.

“2015 was a big year for UPAF, and we are thrilled to have achieved another important milestone,” said Deanna Tillisch, UPAF president and CEO. “Patty, Tom and Mark worked tirelessly to ensure the success of this campaign, and we are truly grateful to them. We achieved significant advances in many areas this year, including notable increases in leadership giving and employee participation in Workplace Giving Campaigns. We would like to thank all of the generous donors who helped UPAF achieve this monumental success.”

UPAF achieved its goal through Workplace Giving Campaigns; corporate, foundation and individual gifts; proceeds from the 2015 UPAF Ride for the Arts, sponsored by Miller Lite; and fundraising efforts driven by its Member Groups and Affiliates. This year's campaign ran from March 3 through June 9, 2015.