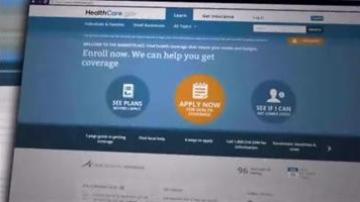 MILWAUKEE-- While many people scrambled to begin the enrollment process, some have no plans to meet the deadline.

Trina Thomas is self-employed, and does not have health insurance on the enrollment deadline for the Affordable Care Act..

\"I feel that nobody should be forced to have a deadline for healthcare,\" said Thomas.

The health department may be down the street, but Thomas has no plans to enroll, and the choice-- could cost her.

\"If you choose not to take any action at all,\" said Heather Dummer, with the Milwaukee Enrollment Network, \"you will have a penalty at the time that you file for your taxes next year.\"

Officials say tax penalties vary on each case, $95.00 for the single adult who makes less than $19,650 a year, but for others it could be more. Those who choose to remain uninsured, will see an increased penalty over the years, which is why officials urge people to begin the enrollment process now.

\"That's the important part,\" explained Dummer, \"that you at least begin the process today.\"

People who do not complete the entire process today will not be penalized.

\"If you're not able to finish it today, you have a little time into April to finish that process,\" said Dummer.

Despite what officials say, Thomas, a healthy middle aged woman who only sees the doctor once a year, says opting out is a matter of principle.

\"I'm an American citizen,\" she said, \"I should have the freedom of choice whether I want healthcare or not.\"

Health officials say those who qualify for Badger Care Plus do not need to be concerned, that enrollment process is open all year. The next open enrollment in the federal marketplace is November 15.